(…) take note, and since the old system of weights has disappeared in much the same ways as the old system of measurements, instead of two thousand, one hundred and twelve arrobas, we shall give the weight of the stone forming the balcony of the house that will be known as Benedictione as thirty-one thousand and twenty-one kilos, or as thirty-one tons in round figures, ladies and gentlemen, and now let us pass to the next room, for we still have some way to go. (…).

This had been such a long and trying day that tey all agreed that tomorrow could not be worse, but they knew in their hearts that it would be a thousand times worse. They remembered the road that descended to the valley of Cheleiros, tose narrows curves, those dreadful slopes, those step cuttings that fell almost sheer to the road, How shall we ever get through, they murmured to themselves (…) When it was almost time for supper, they reached an elevation from wich they could see Cheleiros lying at the bottom of the valley. (…).

When the stone arrived at the bottom of the valley, the yokes of oxen were harnessed once more. Perhaps whoever sends calamities was regretting his earlier restraint, for now the platform went over na outcrop of rock and trapped two animals against the sheer mountainside, breaking their legs. It was necessary to put them out of their misery with an axe, and when the news reached the inhabitants of Cheleiros, they came rushing to enjoy the spoils, the oxen were skinned and dismembered there and then, blood trickled down the road in rivulets, and the blows dealt by the soldiers trying to disperse the crowd were to no avail so long as there was flesh stuck to those bones, the cart was kept at a stanstill. Meanwhile, night had fallen. (…) Tomorrow, before sunrise, the stone will recommence its journey, one man has been left behind in Cheleiros for burial, and the carcasses of two oxen for eating. (…).

The route on which the Benedictione Stone travelled to reach the balcony of the Blessing Gallery, on the top of the Basilica porch

Dating from the medieval nucleus of Cheleiros, formed on the north bank, on the west of the medieval bridge, in the current Square (Largo da Praça), opposite to the Maiden Church, also of medieval foundation. It was built on the site of the arrabalde or suburbs (as it was still called in the 19th century). Two paths came out which connected this locality to Mafra, both in the Middle and Modern Ages. 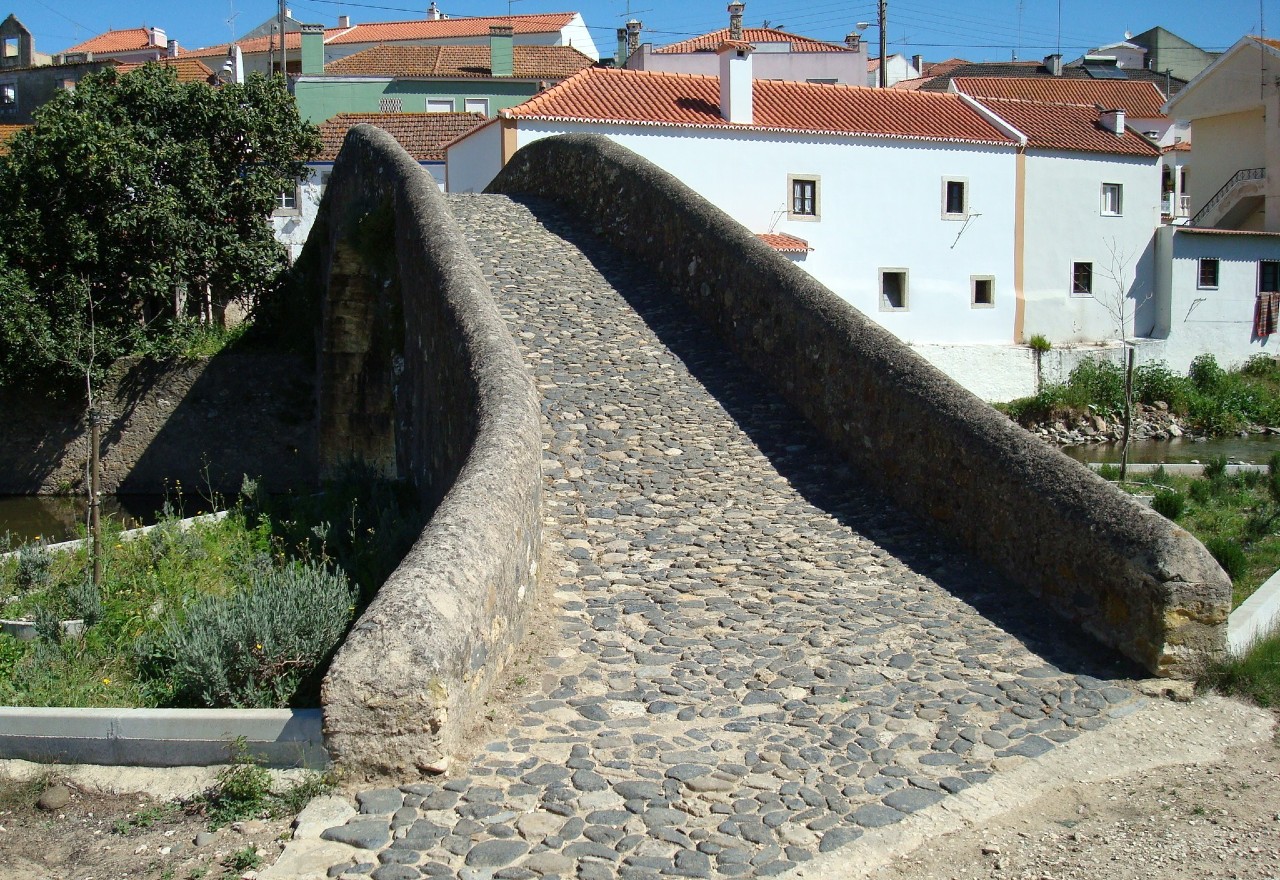 The oldest road used to connect Cheleiros to Boco, through the Ribeira Borrigia valley, serving those who came from the south, crossing the medieval pond, going to Largo da Praça, taking the path in a northern direction, entailing the passage through Longo da Vila until arriving at Vila Velha (Mafra). The other road, which is of a later date and of a lesser expression, which departed from Cheleiros took the direction of the New Church, without passing through the centre of this locality, travelled through Carrasqueira and arrived at the site of Velas or Velas, in Mafra, the Palace-Convent of Mafra is located today. This segment, Cheleiros-Church Nova-Carapinheira-Vela (Mafra) only came about in the 19th century with the construction of the new bridge, which dates from around the late 18th century or early 19th century. It was through the Cheleiros-Boco-Longo da Vila-Vela (Mafra) road section and the medieval bridge that in the first half of the 18th century most of the raw materials, namely limestone and marble, used in the construction of the Palace-Convent of Mafra passed. This was a central crossing point, thus integrating an extensive network of properly cobbled roads. Among the many tons of stones transported by the old roads and bridges of Cheleiros to Vela in Mafra, the most important was the Benedictione stone, which tops the porch of the Basilica, in the Blessing Gallery, where the monarchs attended the liturgical rites.