The birth of Tomás de Almeida, future first patriarch of Lisbon, an important figure in the court of King D. João V. 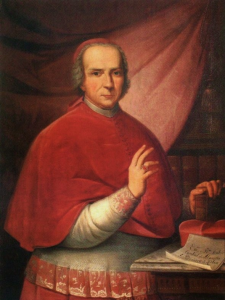 Tomás de Almeida (11 September 1670 – 27 February 1754) was the first patriarch of Lisbon by the name of D. Thomas I (when the archiepiscopal see was given this honour in 1716 by Pope Clement XI). Previously he was bishop of Lamego (1706) and later of Porto (1709). Clement XII made him cardinal on December 20, 1737. A predominant figure at court, he was the son of D. António de Almeida Portugal, 2nd Count of Avintes and Governor of the Algarve, and D. Maria Antonia de Bourbon. He studied Latin, philosophy and rhetoric at the College of Santo Antão in Lisbon with the Jesuits. At the age of 18, he took up the gown as a portionist at the Royal College of São Paulo of the University of Coimbra on December 20, 1688, where he received his doctorate degree. He was responsible for the vast remodelling program of the church and palace of Santo Antão do Tojal, including the construction of a monumental square, centred at the fountain-palace, which was fed by an aqueduct. The whole complex was the work of the Italian architect António Canevari. 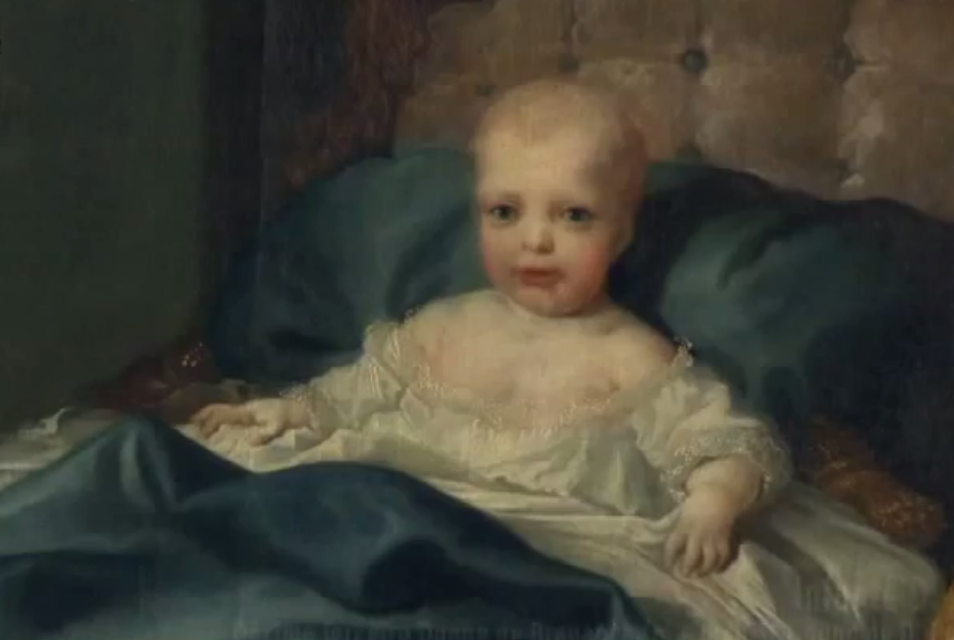 Baptized that same year on November 19, he spent his childhood surrounded by confessors and ecclesiastical teachers, and one of these would, would become the Inquisitor Major and one of his closest advisors – Cardinal da Cunha.

D. Maria Sofia of Neuburg died of a fever just two days before her 33rd birthday. 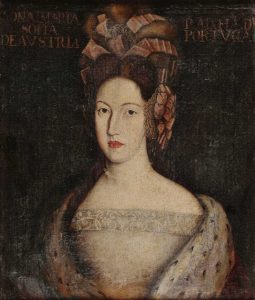 She was buried in the majestic monastery of São Vicente de Fora receiving all the appropriate honours. The queen, who was of German origin, was considered an unsympathetic, shy woman with a difficult humour by 17th century standards. 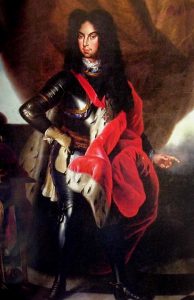 His place of rest is in the Royal Pantheon of the Monastery of São Vicente de Fora. He was named The Pacific, because in his regency peace was made with Spain, therefore ending the Restoration Wars, and so, consolidating the independence of Portugal, through the signing of the Treaty of Lisbon in 1668.

Solemn acclamation of D. João V as King of Portugal and the Algarve 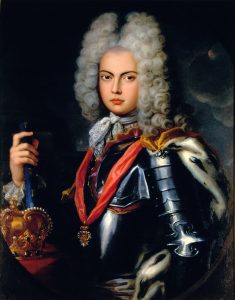 King D. João V took his oath. João Francisco António José Bento Bernardo was solemnly acclaimed as the 24th King of Portugal, and was given the title of King D. João V, the Magnanimous.

Signing of the marriage treaty of D. João V with D. Maria Ana of Austria in Vienna.

King D. João V sent a luxurious embassy to the imperial capital, headed by the Count of Vilar Maior, Ferdinand Teles da Silva, who arrived in Vienna on February 21 of that same year. The official entry took some time, because the Portuguese ambassador hoped that some coaches and horses would arrive from the Netherlands, which were meant to appear in the solemn act. On June 6, Corpus Christi day, the Portuguese embassy was publicly entered for the Archduchess’ hand. Ambassador Fernão Teles da Silva handed the future queen the portrait of King D. João V, garrisoned with diamonds of great value and that same day the marriage contract was signed.

On the trip to Portugal many stops were made in different, where pompous parties were always held. 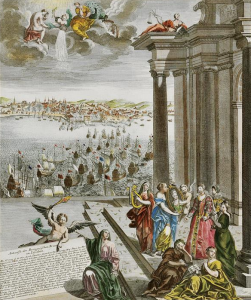 Her arrival had an impressive reception. In the Palace of the Ribeira there were serenades and songs. In Terreiro do Paço, fireworks were burned, and an amphitheatre was set up, where upon bullfights were held for the following three afternoons.

Bartolomeu de Gusmão rehearses his aerostat in Terreiro do Paço. 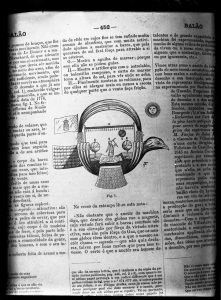 From the beginning the King had become interested in the projects of the Jesuit priest Bartolomeu de Gusmão, who was probably the greatest world precursor in the history of aerostation, and who became famous, through the ages, for the invention of Passarola. He was very ridiculed at the time, and was called him “the flying priest”, but King D. João V always encouraged him in the manufacturing of his balloon. Bartolomeu de Gusmão appeared in the Royal Palace on August 8, 1709 before the King and Queen, the Apostolic Nuncio, Cardinal Conti, the Diplomatic Corps and other members of the court, protagonising the first ascension of an air balloon. A small thick brown paper balloon filled with hot air. The granting of authorization for the construction of the balloon is very curious – a kind of patent – that he obtained from King D. João V after he addressed a petition announcing that he had discovered “an instrument that would walk the air as it would on land and sea.” The flying object, which was widely publicized in the form of a drawing and which became known as Passarola, was the result of some fantasy and was nothing more than a Gusmão’s artifice to divert the attention of his detractors and of the curious. The project was not continued, and there is no evidence of a demonstration abroad the prototype. Anyhow, the flying priest is considered a precursor of aeronautics. Remarkable is that several decades passed before, in 1783, the Montgolflier brothers built and tested their balloon, first an unmanned model and then a manned model. The first manned flight in Portugal was made by the Italian Vincenzo Lunardi on August 24, 1794.