(…). And will the convent be a large affair, Baltasar inquired of his brother-in-law, to which he replied, To being with, a community of thirteen friars was mentioned, then the figure went up to forty, now the Franciscans in charge of the hospice and the Chapel of the Blessed Sacrament are saying that there will be as many as eighty, (…).

Powered by gold and diamond resources from the Brazilian colony, forming a heritage of unique features within the national territory, and one of the most imposing and remarkable monuments in Portugal and Europe, the Royal Building of Mafra is composed of a Palace, a Basilica, a fenced Convent, the currant Cerca Garden, and a Park, and was classified as a National Monument in 1907 (Convent) and 1910 (Basilica), and has been entered into the UNESCO list as a World Heritage Site (2019). Built over more than three decades, the Royal Mafra Building has become an epicentre of teaching and knowledge, where the following generations of engineers and architects were trained. Politically the Palace-Convent should be seen as the concrete, most representative manifestation of the absolute power of the monarch King João V, as an earthly and divine affirmation of his authority, with the main objective of projecting Portugal as an international power. 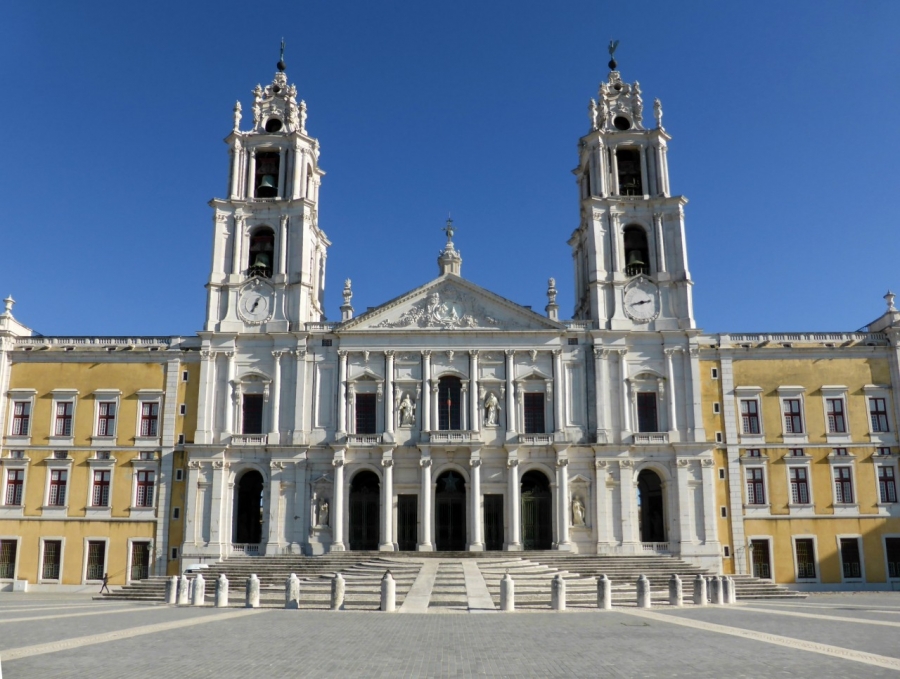 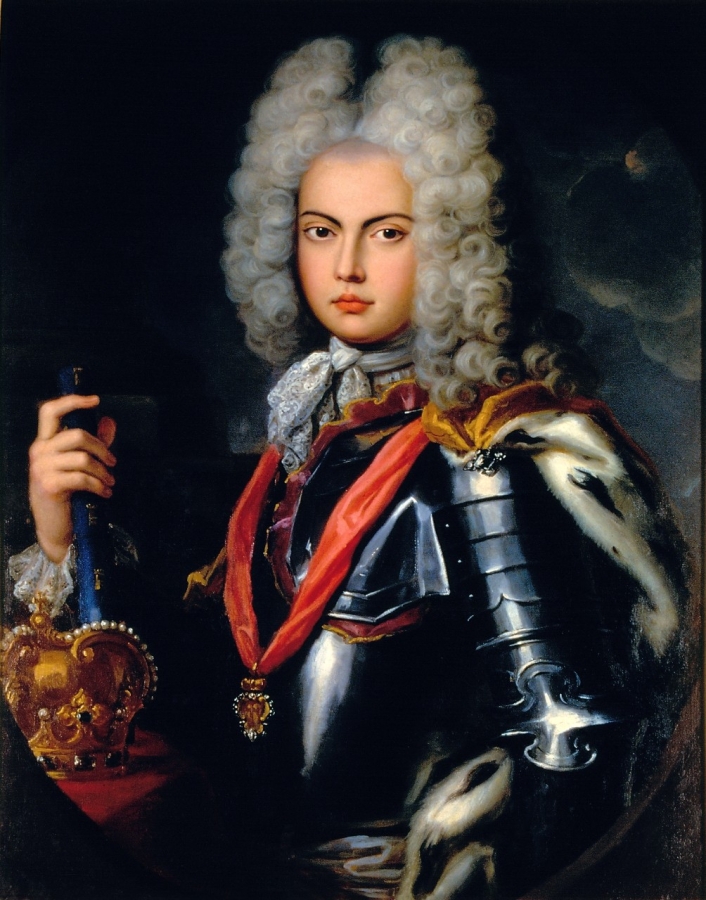 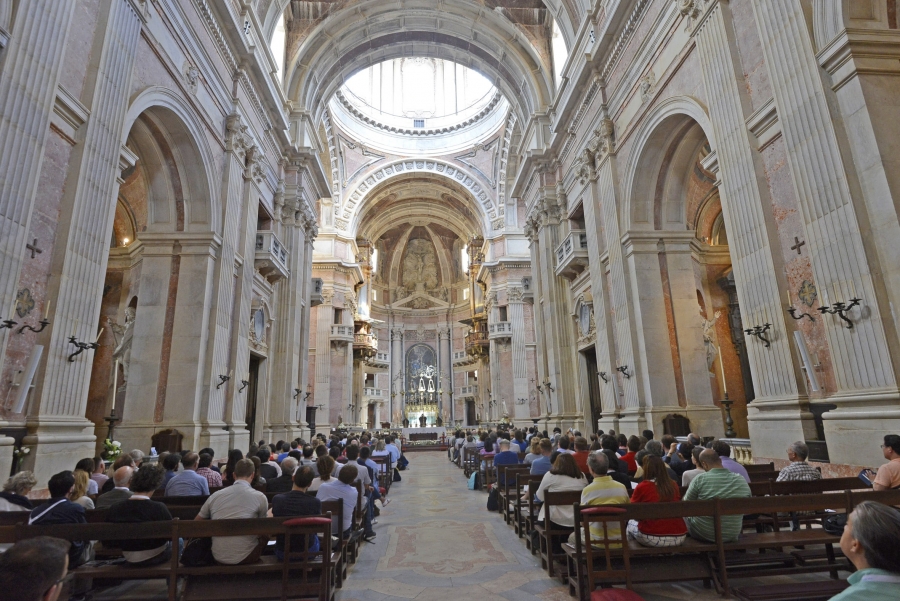 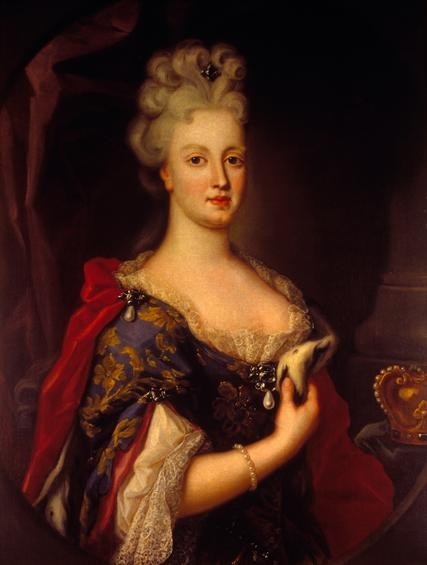 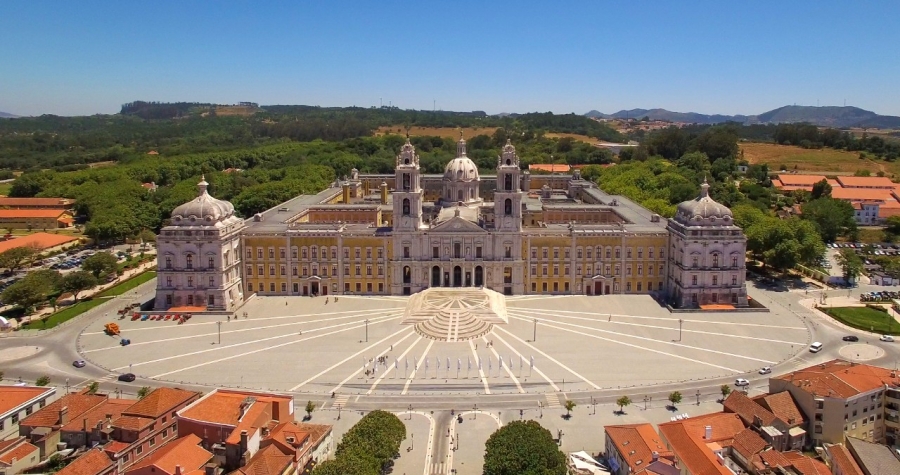 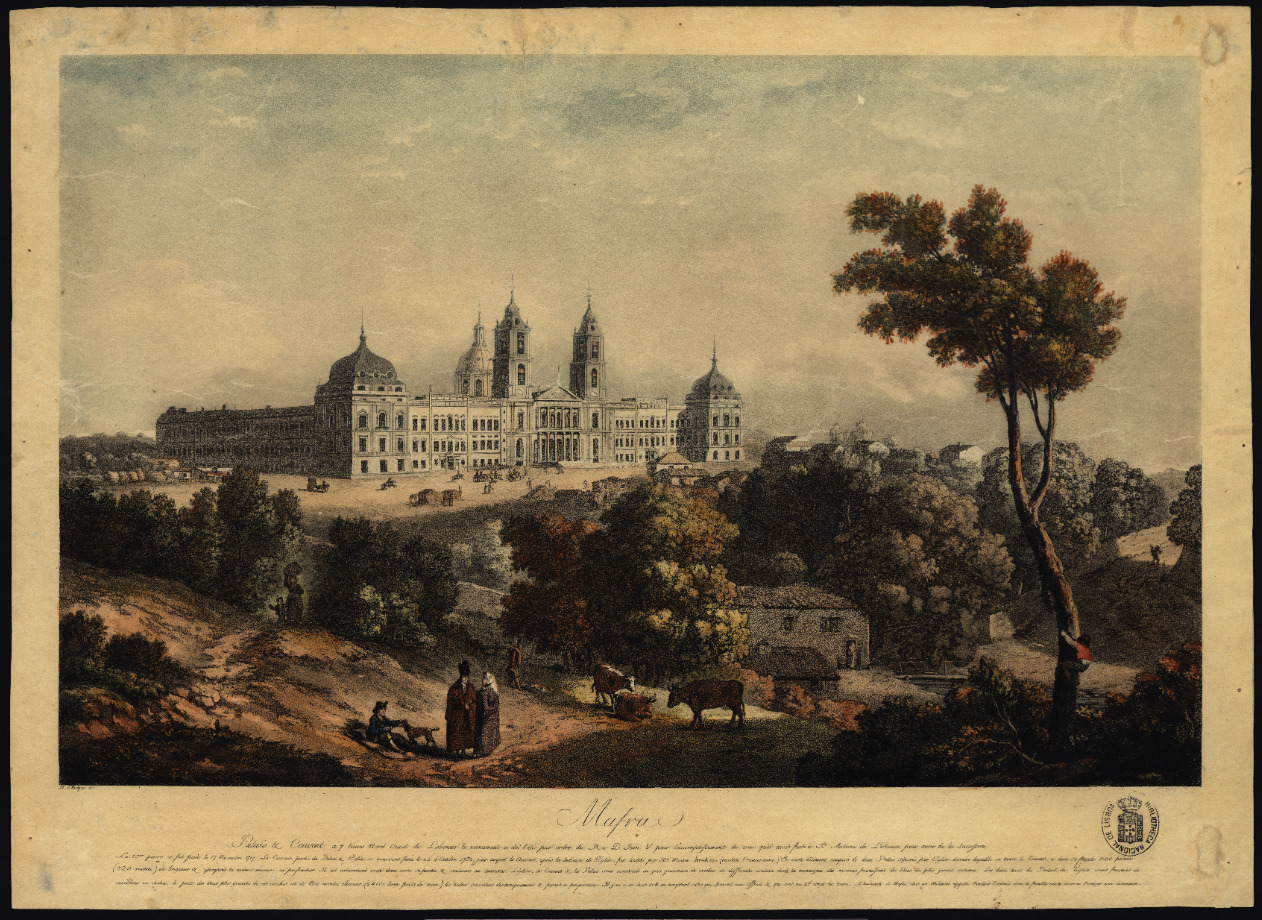 This is the primitive name given to the hill where the Palace-Convent of Mafra was built. It determined the expansion of the village of Mafra around and in front of it. Alto da Vela’s mills and cultivation lands, were chosen by monarch King D. João V, according to Friar Cláudio Conceição (1820), because it is located at the end of the village of Mafra, “providing an abundant and excellent source of water, and making an admirable perspective in the dilated sea, which is discovered”. The acquisition of land for the construction of the Royal Mafra Building (palace, basilica, convent, fence and cover) was carried out in several phases: the first took place in 1713, the second in 1734 and the third between 1747 and 1748.

The Basilica is the most imposing architectural element of the Royal Building of Mafra, in which the juniper should be highlighted, and is a masterpiece both at a constructive and aesthetic level. It was erected between 1717 and 1735, with the capacity to receive 80 monks, having been inaugurated on October 22 1730, on the 41st anniversary of King João V. The façade and interior of the Basilica of Mafra display 58 large statues and three bas-reliefs, in white marble of Carrara, executed in workshops in Rome, Florence and Genoa, the largest sculpture commission at the time outside Italy. The six pipe organs of the interior, a unique and innovative project in the world, correspond to the two bell towers on the outside, the two monumental chimes, from the 18th century, considered to be among the most important and notable internationally. On June 7 1835, the Parish of Santo André was transferred from the maiden church (site is located in Vila Velha) to the Basilica of Mafra. 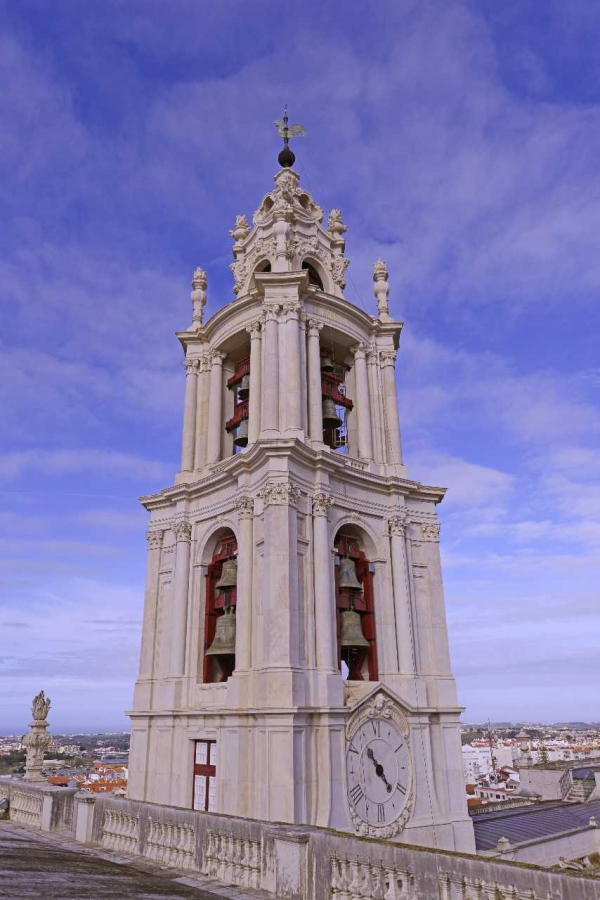 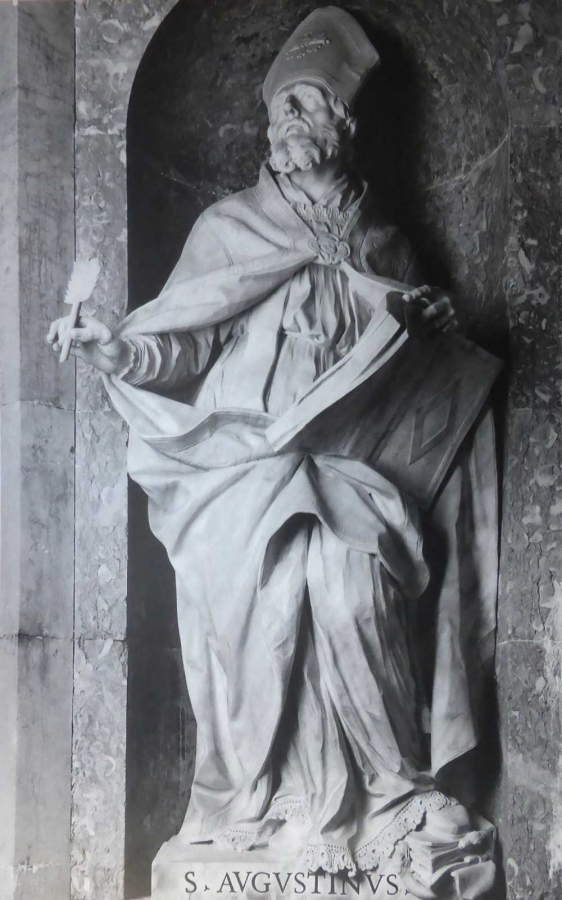 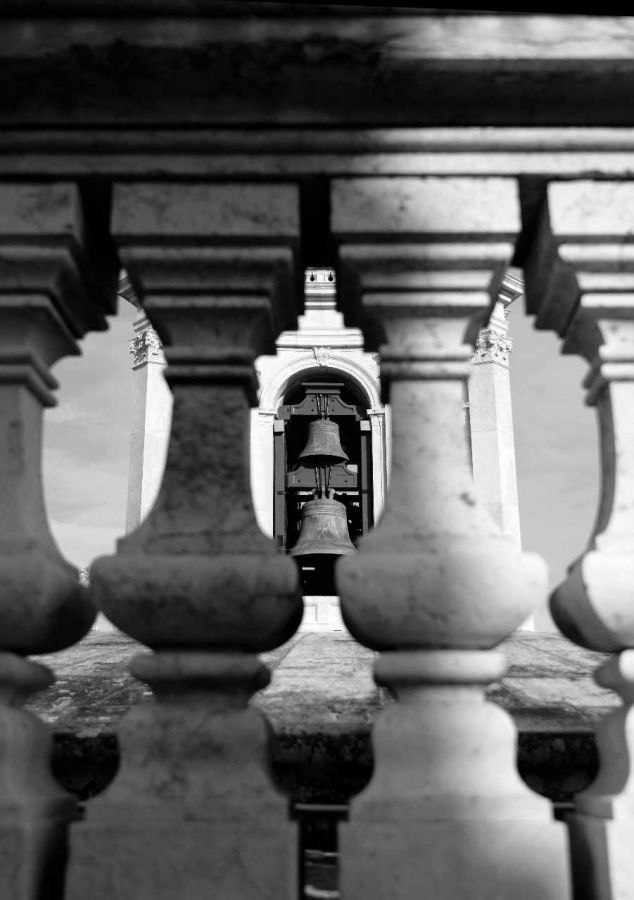 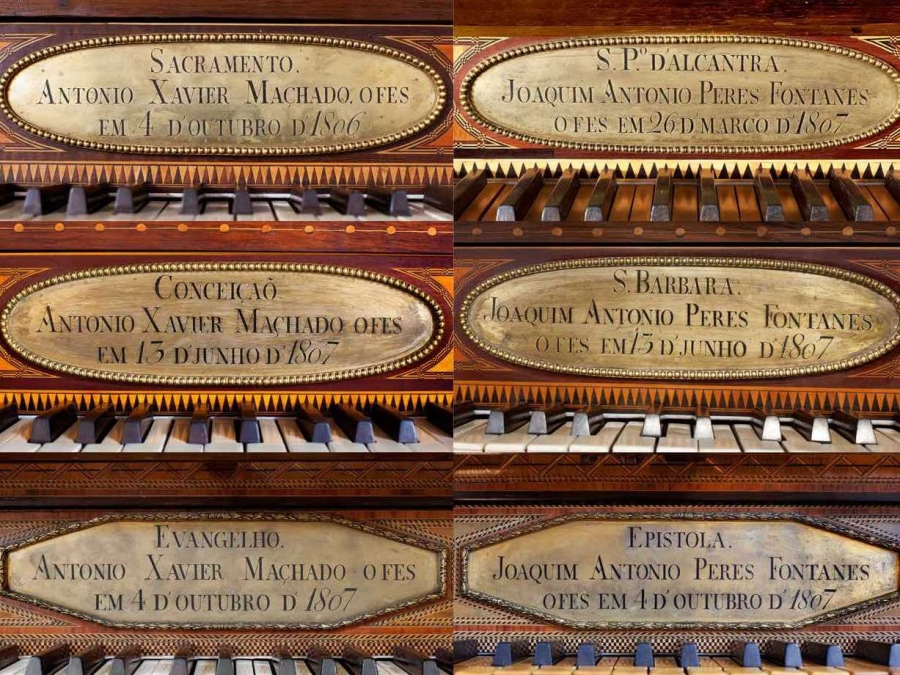 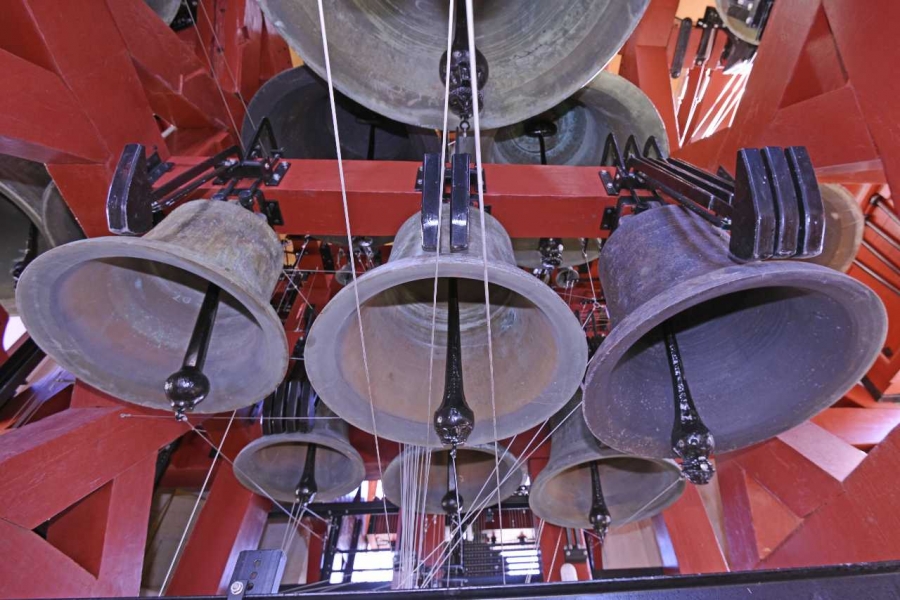 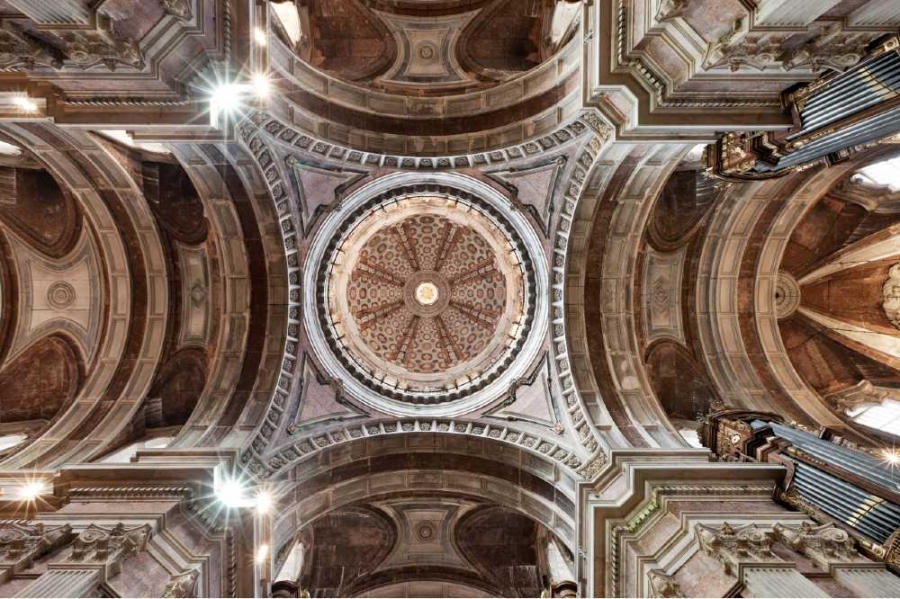 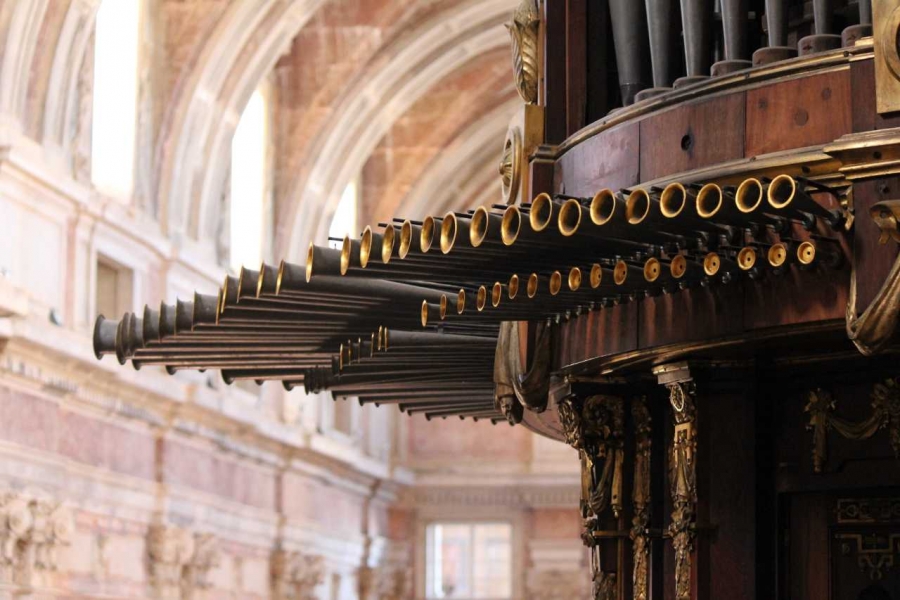 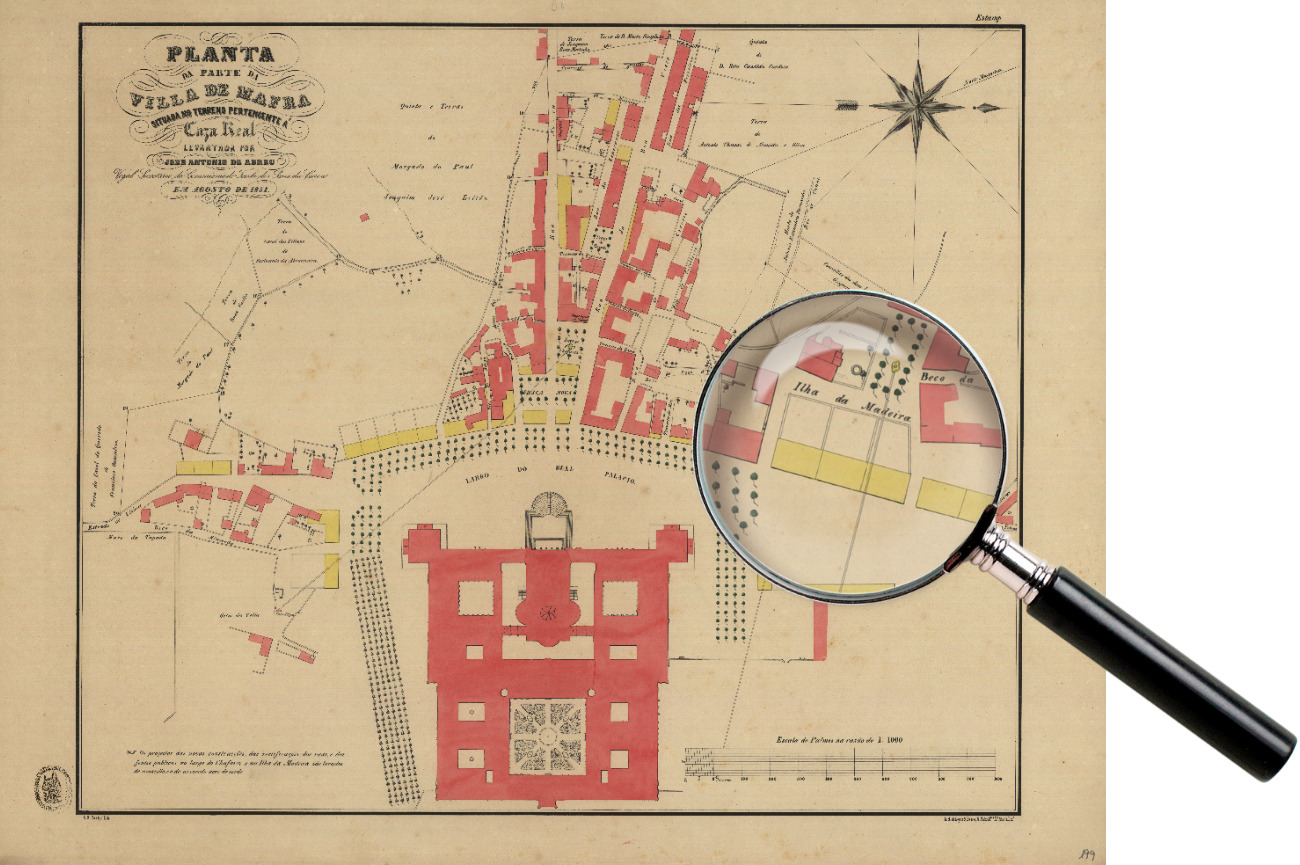 In the collective memory remains the toponym Largo da Ilha da Madeira (Madeira Island Square), due to the concentration in the village of Mafra of a large number of workers (about 45000), coming from all over the country, for the construction of the Convent. It grew northwest of the Royal Construction, “island”, all built in “wood” and due to the accumulation of this material, sheds for stables, masonry houses for accommodation of specialized personnel and officers, and a wooden hermitage for divine service. In the housing precincts numerous pasture houses for the service of the workers, who fed at the expense of their salary were open.

This is the garden of the fenced convent, filling 9 hectares. Its construction aimed to serve a religious community containing a vegetable garden, an orchard, a forest and a garden. The layout of the space obeyed the aesthetic conceptions of the Baroque period. In 1726, the foreign traveller Charles Frederic de Merveilleux wrote that the “King João V planted a large park or garden filled […] with all kinds of trees that grow in all the countries under his domain in the four corners of the World”. In addition to the circular marble tank of the 18th century, adjacent to the largest and oldest well in the Cerca, equipped with a bucket and rope, it also houses a ball game, where seven games were originally played. In friar Botica elixirs and ointments were produced. 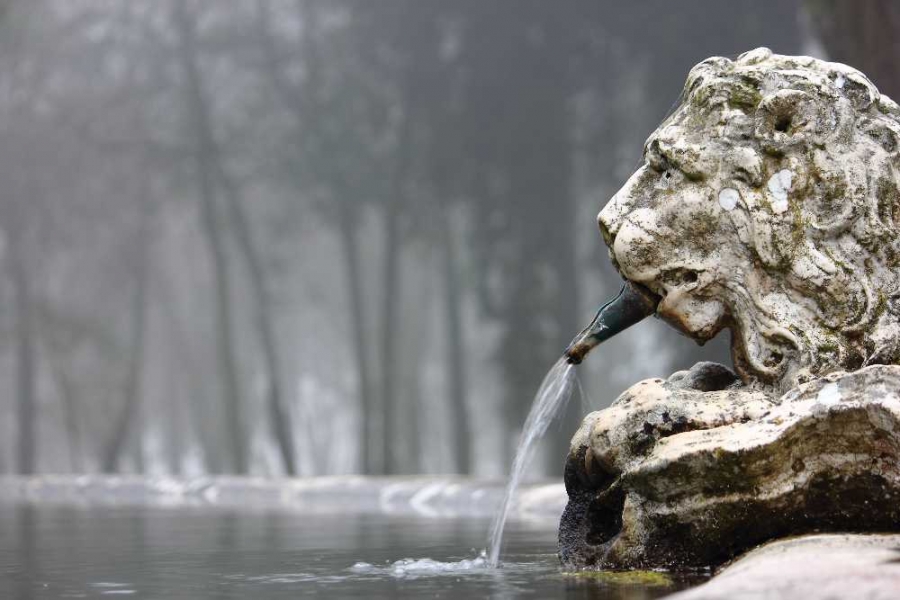 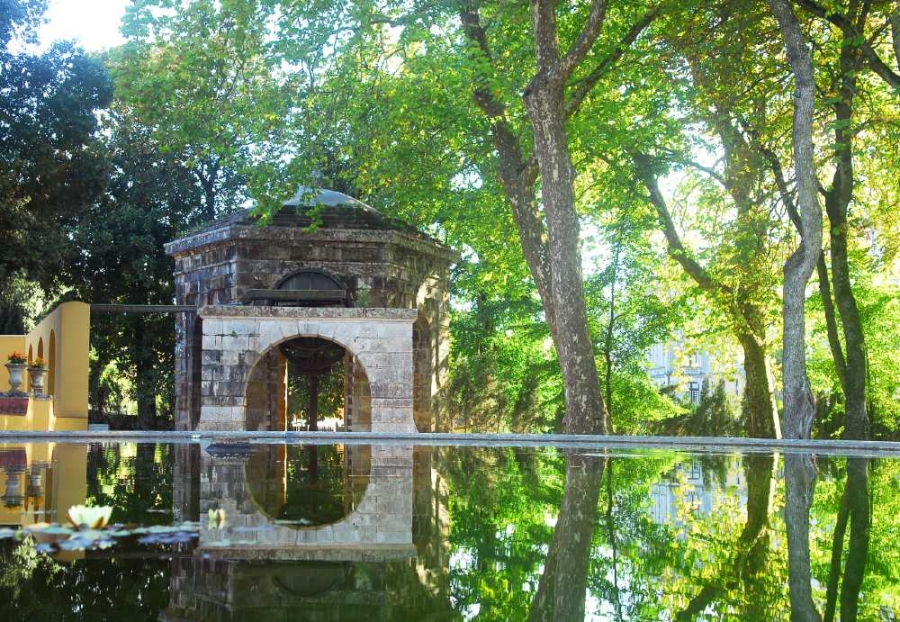 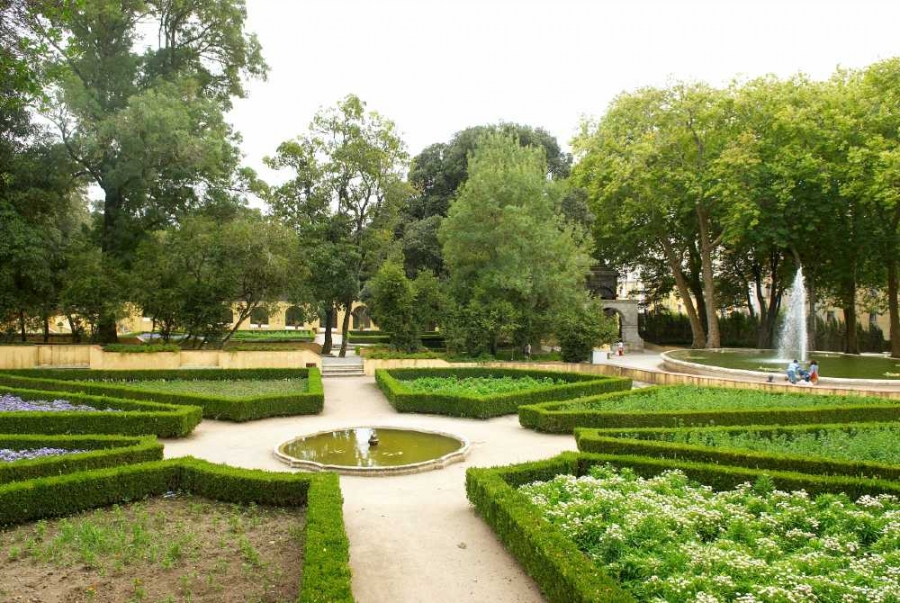 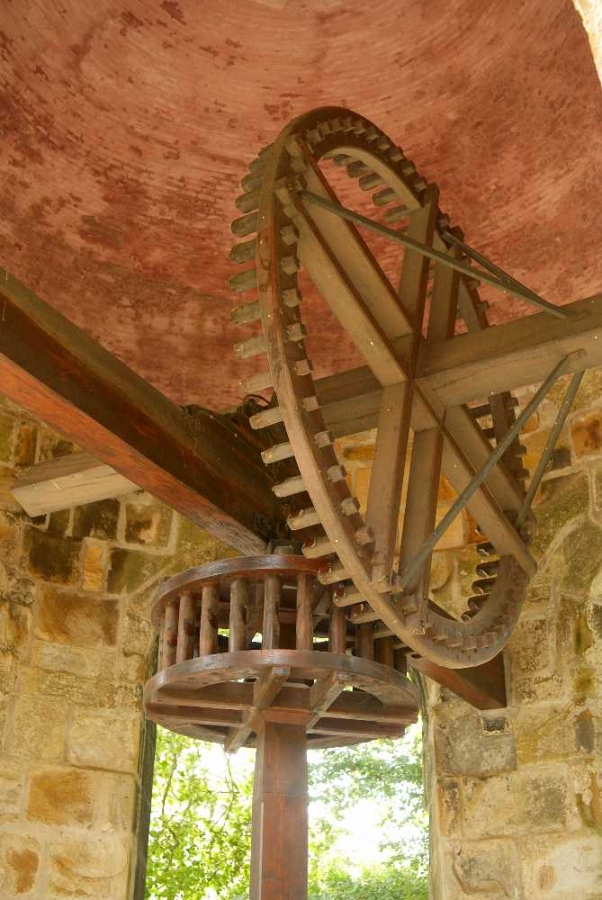 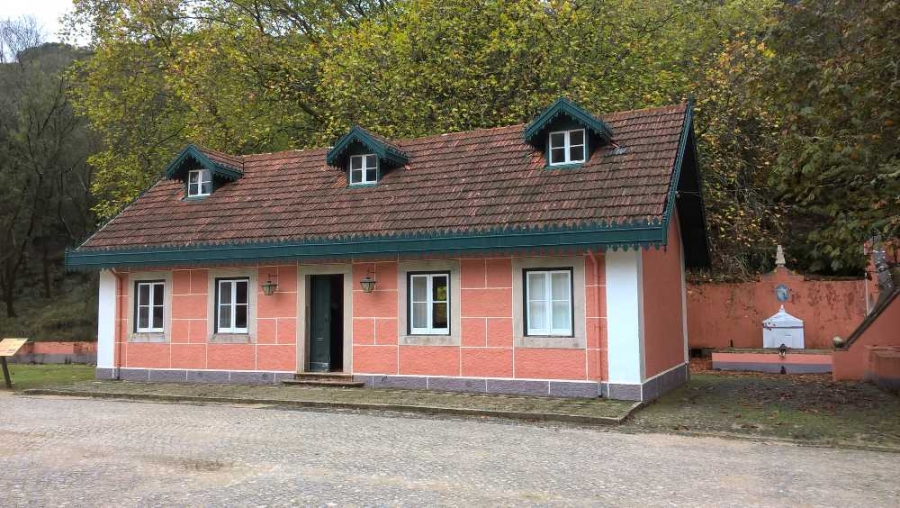 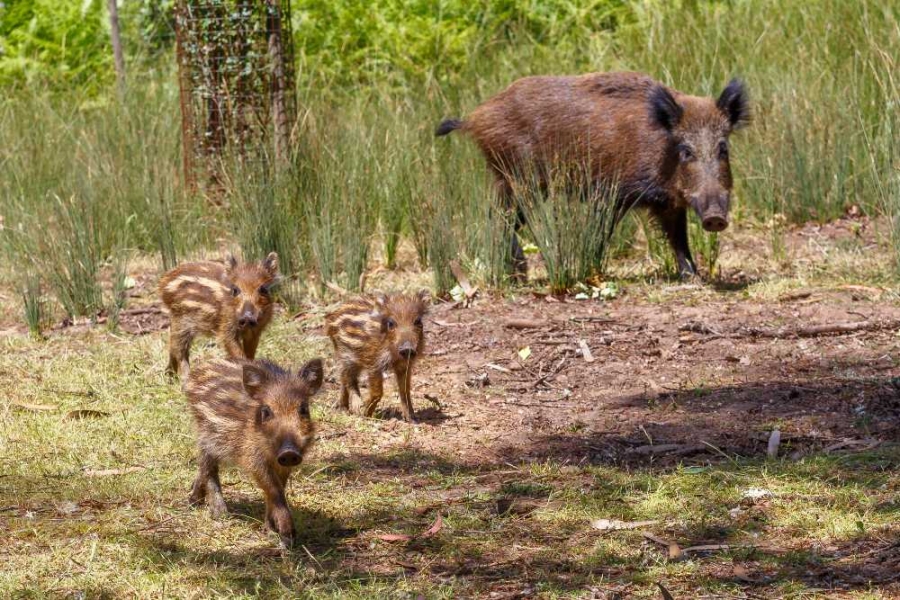 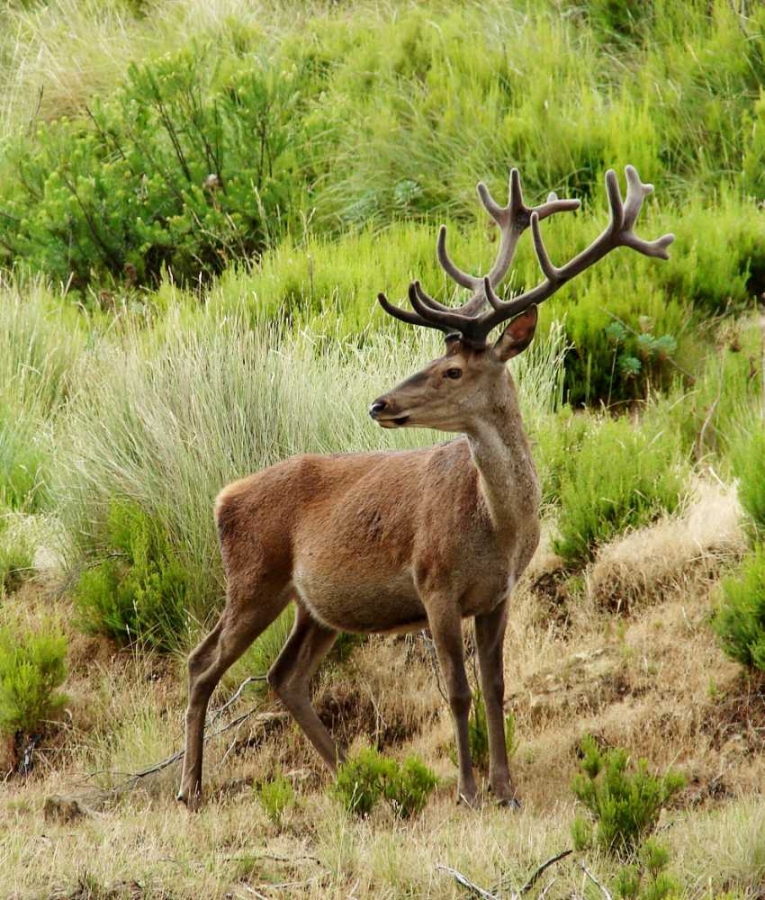 The Ancient Royal Park of Mafra is a unique hunting forest, a jewel in the Portuguese territory, with an area of 1188 hectares. Created by royal decree of July 18, 1744, in which King D. João V was “served to have defined, next to the village of Mafra, lands to form a cover for his royal service […]” fenced by a wall “of stone and lime”. It is organized in three parts: the First Park or Fora Park now belongs to the Portuguese Army (School of Arms); the Second and Third Parks, or Middle or Inside Parks are currently part of the Mafra National Park. It is home to a large number of species of fauna and flora prevalent in the Iberian Peninsula, which are distributed in different habitats. The Park, from its foundation to the establishment of the Republic (1910), was a one of the places chosen by the Portuguese monarchs as a leisure space and hunting ground. A source of water supply to the Palace-Convent, the collecting system is founded on an aqueduct, designed by the military engineer Manuel da Maia, of about 4560 m, extending from the interior of Park to the Cerco Garden.