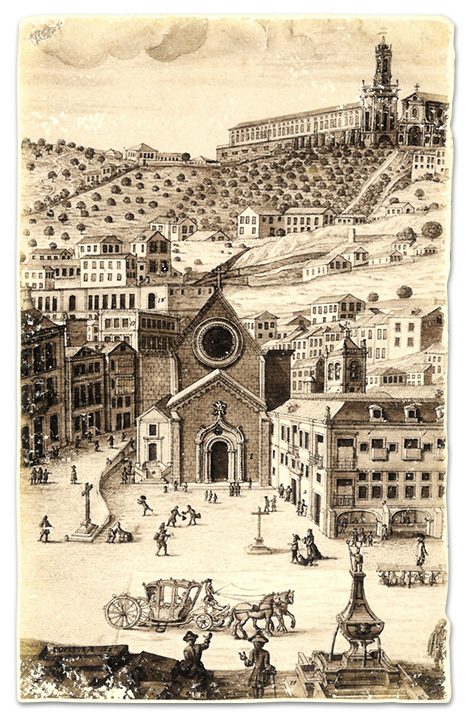 And since almost two years have passed since anyone was burned at the stake in Lisbon, the Rossio is crowded with spectators, a double celebration, for today is Sunday and there is to be an auto-da-fé (…) The King, with his inseparable Infantes and Infantas, will dine at the Inquisitor’s Palace as soon as the auto-da-fé has ended, and once free of the wretched business, he will join the Chef Inquisitor for a sumptuous feast (…)

Rossio is the original name that is given to a large space for the enjoyment and entertainment of the population. After “the re-building architects of the capital erected, instead of the old, irregular and sway square, a beautiful parallelogram of houses” the entire Rossio, which after the earthquake of 1755, was nothing more than ruins and steaming rubble, gradually gained its current feature. This city square emerges in the 18th century as Rossio Square and in 1836, by government decree, it was renamed Dom Pedro Square. Now as in the past, the Rossio continues to be the noble square in in all excellence. 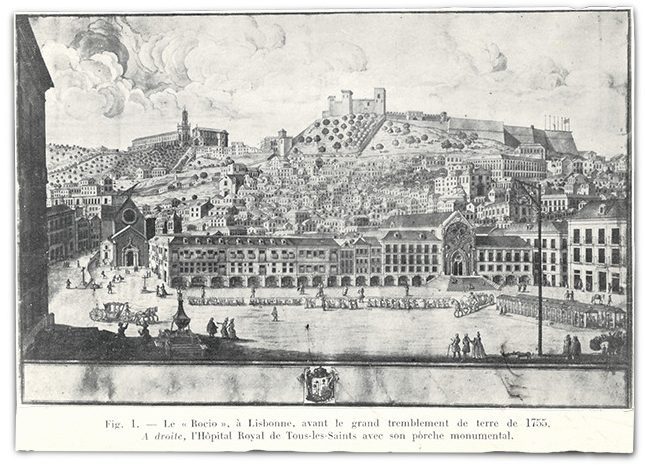 Rossio emerges at the beginning of the book Baltasar and Blimunda and is associated with an auto de fé (a public penance ritual) carried out by the Inquisition on July 26, 1711 in which Sebastiana Maria de Jesus, Blimunda’s mother, is found to be tried for acts of witchcraft and sentenced to exile in Angola. Blimunda is among those attending the trial, as is Baltasar. The two of them meet at that moment, and from then on will live a story filled with love, based on ideals of freedom.

(…) The procession has commenced, the Dominicans in the vanguard carrying the banner of St Dominic (…) the procession is na enormous snake that cannot be accommodated in the Rossio (…) 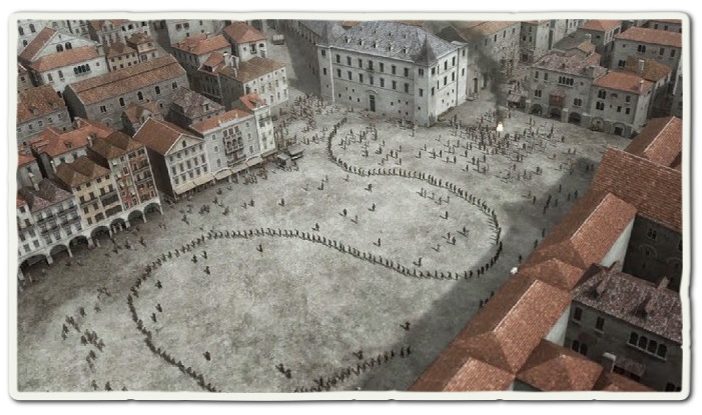