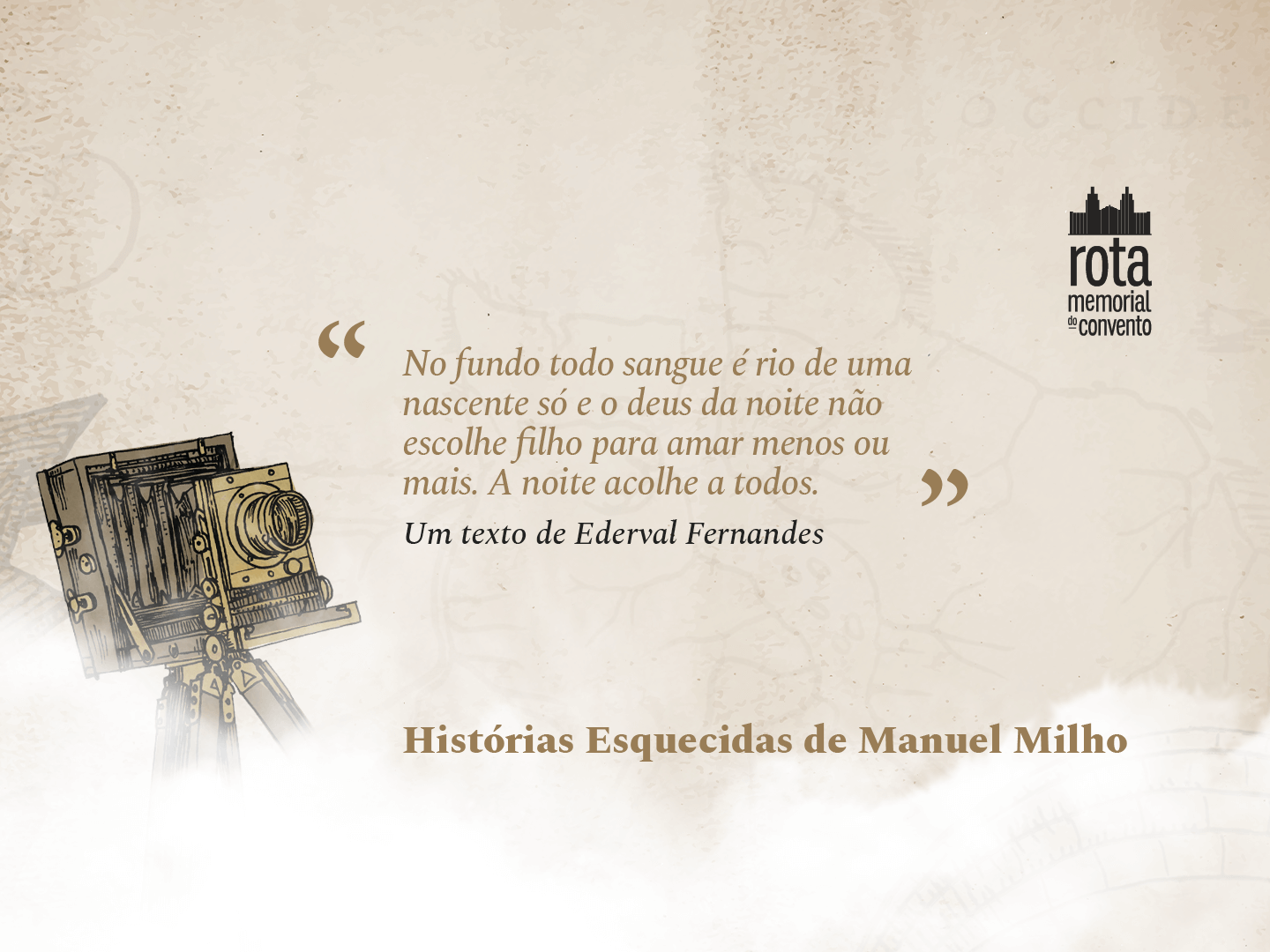 Night, whether will be there cold or freezing, it can be a warm and very welcoming robe when the body is exhausted, massacred by work and crying for a rest. No matter if it is a man’s or a bull’s body. In the end of day, all blood is a river of one spring alone and the god of the night does not choose an offspring to love less or more. The night welcomes everyone.

Exhaustion is, no doubt, three times larger than the giant rock that all of them, men and bull, carry all the way to Mafra for the wish of the King, the numbness in the body is so ingrained that no one takes a note about where it begins, or it ends. With their backs against rough cloth blankets, men expect the sleep to come. Because so present, as soon as the suns goes down, sleep at very time of happening, prefers, for pure pleasure, to slow down its arrival a little more. Because what is in men’s mind has a different name. It is not just a machine that turns on and, no matter why. Even when they want to close, eyes keep working. In those hours they turn inside the head, the spirit and the memory. The spirit and the memory of men are also a river, and their waters are muddy. Not always the one who wants to sleep has the wish to bathe in that river with the inside eyes wide open. The dive in the sleep, with every eye shut, is much more prudent and comfortable.

To escape that gaze that looks inside without the sleep coming and happening, men throw out words. Many know, or prefer, or were more conditioned to listen. Manuel Milho, who listens but also prefers to talk, is not awake nor asleep. Usually is from that place that come the voices which sing to him the words from the stories that, listening, he reproduces to his companions.

Lying with his belly up, Manuel Milho has an eye almost open and another close to closed. Sleep time turns him into a kind of a Camões, it is to summon the muses. The almost opened eye loses itself in the night sky, in the dark deep blue and the spots of a glowing white; the eye close to closed sees a part of the inner river, with its muddy waters – and there are boats sailing that blessed river. From a place somewhere in between those two eyes come the words of the story who follows. Baltasar, though broken, has no sleep – his mind is now a different one, once he flew. To listen to Manuel Milho’s stories is to remind the friend Bartolomeu Lourenço. Matias snores already. Miguel too. Jorge, Mário and Luis are like the others: of being so beaten down by work, they barely know if they’re alive or have already departed this life.

One of the thousands of orders that Manuel took in life was to move to Lisbon. It is not that he wanted it, but the man in the final end of the orders and acts circuits has little command on his own will. He, his wife, and the seven-year-old daughter embarked towards Lisbon. His child died during the journey. Mário, as to check if he was still alive, asked the question. She died from what? Manuel drew that he did not knew because the other Manuel hid the reason. Milho did not wanted to dig on the subject. There are holes that a man does not put his hand.

They arrived in Lisbon in plain December. The cold, huge, impregnated their bones. The wife, already ill from her daughter’s death, had a dark bile. Manuel, desolated by the double with the child’s death and the wife’s illness, tripled his desolation when he checked that that cold was crueller that he was warned about or he himself imagined. He never felt something like in in his life. Nor Anita, his wife, offspring of Portuguese kin from the north, but who was born and brought up in Brazil. Only the warmth of the bodies at night eased the couple’s suffering, and, during the day, each one and his own way, would use wine to warm the heart, the body, life, everything.

In Brazil, Manuel was not a man of a lot of wine, but in Lisbon he had no other remedy than to take the reds. You know, those miraculous afternoons when the work is done, and the man has a handful of hours before returning home? It was in one of those afternoons that Manuel got acquainted with Manuel. They did not even count the cups of wine they ordered anymore. One Manuel drank more than the other. At a certain time, Brazilian Manuel spoke about how impossible it was to live with such a sun, that does not warm up. As if he was hurt with everybody else, said Manuel. In Bahia, the sun is our friend, or even more than that. The sun is part of us. From sun to sun, with all the chatting reaching Bahia and Brazil, Manuel leaned against the other Manuel and, walking around with his eyes, aided by the head and the neck, told the other, with a whispered voice: may this pass unheard by the Holy Inquisition, because I still want to live and a lot, but I cannot get God and the holy trinities inside my head. Something in Manuel’s gaze told the other Manuel that he could take these freedoms without his life become in danger. And he went ahead.

In childhood, he said, a man of these, the most Brazilian, of these who are offspring of those types who have been there before the people from here (I did not mean “our people” but be it) commanded by our king believing that there were lands from here – and who says land, says everything. A man of these told me that this of God there is for hands touch is the invention of the sadness of white men. This is how it only feels the existence of God just as longing. God there is not, that is for sure, said the most Brazilian to Manuel. And what is there?, the Manuels asked and asked themselves in different times and places. What there is it is us we are all equal and everything is equal and common. A being common, everything is for everybody. And moreover: nothing is for anybody, once nothing and nobody belong to anyone and nothing. In that way, Manuel rhetorically asked Manuel (and Manuel now speaks to others), the wine belongs to whom? The one we drink or the one we will. The one we drink, the one we will and that one we will never going to drink. The wine can only belong to the grape. Baltasar, leaving for a moment the memories of Blimunda, said, in a kind of meddling between Manuels chatting: the wine belongs more to the hand, as the grape by itself will fall on the soil, dry a turn into seed, and from the seed springs only more seed, not wine. Hand and grape cannot make wine by themselves, replicates Manuel – there you should account for man inventiveness. Without inventiveness the hand seeks no grape, and no mouth will seek any wine. That is true, one said, or all said. And the inventiveness belongs to whom? Inventiveness belongs to time, Manuel Milho said, and the amended: now leave it be, and let us go to sleep, that tomorrow is day enough. With that kind of conversation, it’s hard for someone to sleep after, Mário said. Find a way, Manuel Milho said: the rest of that story is for tomorrow. You must give time to time.