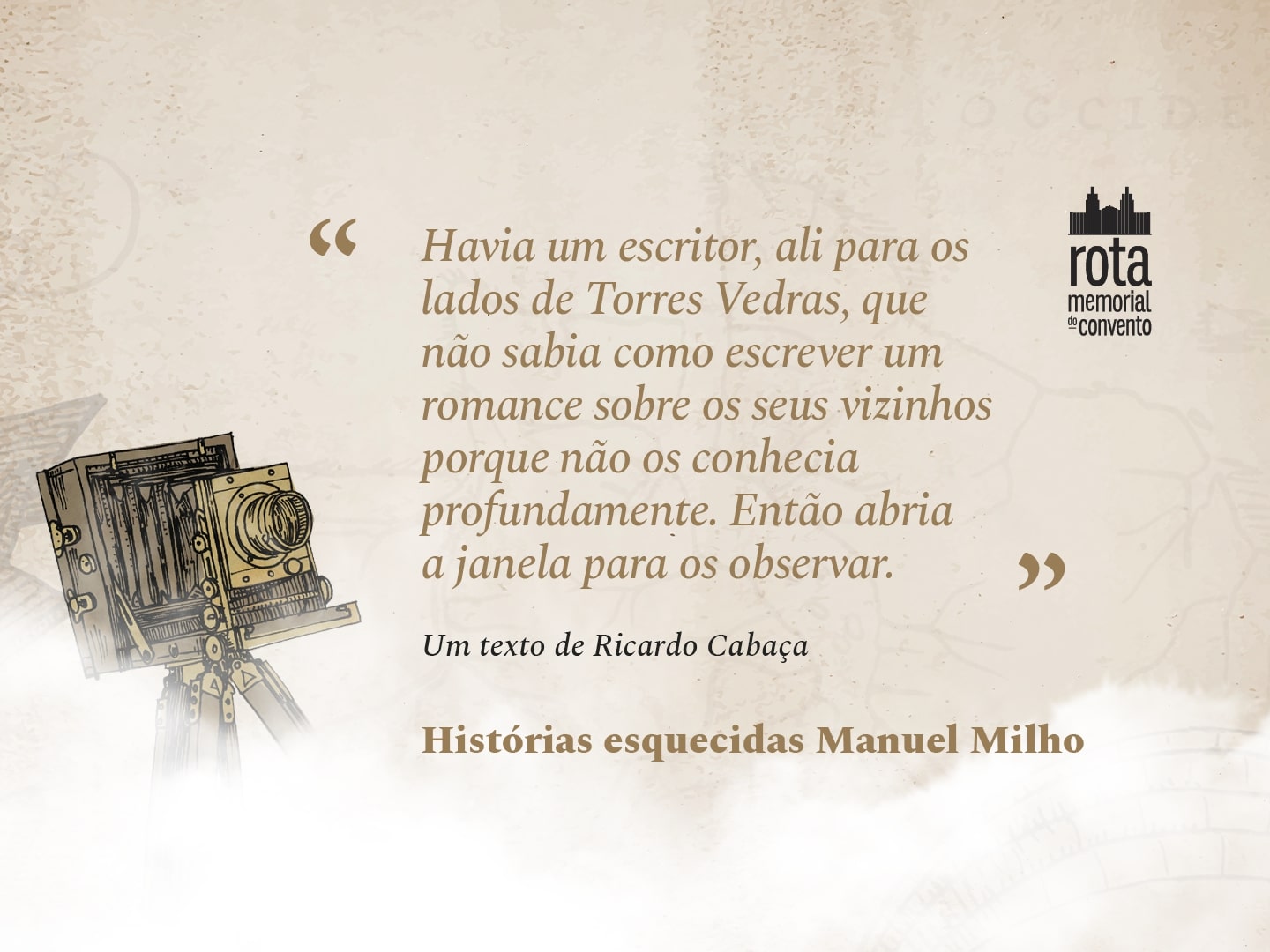 In the shadow of the celestial-wide, men rested their muscles and sought strength for the next day. And, for the following ones.

Manuel Milho was one of those in Ericeira’s group, men from the same land who were now dragging that boulder, tumular for some, and for others, a site of contrition. Reality said it was only a to satisfy the king’s vanity.

Manuel remembered a story to entertain his colleagues.

There was a writer, nearby Torres Vedras, who did not know how to write a romance about his neighbours because he did not know them deeply. Then, he would open the window to watch them. And Manuel got silent, searching for some horizon.

To peek on some neighbour, the men who heard him thought.

And then? Carry on!

The writer opened the window to stay for hours, watching people, their gestures and expressions. He was already beginning to distinguish between the neighbours’ voices. Tough the writer never took a note on what he saw and when he sat to write he had already forgotten what he witnessed. Everything ended to become in vain.

The men were tired, and this story did not cheer them up, it saddened them, but still one of them challenged Manuel Milho

You cannot stop the story half-way.

I mean, the man was wandering around there, he still did not know his neighbours couldn’t write a line that he considered decent. He felt like he was wasting time by the window. The truth to be told is that he started to sit at the door of his house, always with a sheet of paper and a pencil on his lap.

At last, he started to write about his neighbours, vented a young man close to Manuel Milho.

As far as I know he never wrote a line, he stayed at the door, perhaps waiting for a neighbour to share who he really was.

Manuel Milho turns to the side because he is exhausted, he knows he needs to sleep. Maybe he tells himself this story countless times, so that the man never gives up writing his book, so that he will, himself, make the world his window, wherever he can open his home’s door to others.