(…). The procession came to a halt in Fanhões because the local inhabitants insisted upon knowing, name by name, who the various saints were, for it was not every day that they received, even if only in transit, visitors of such corporeal and spiritual statures, the daily transport of building material is one thing, but quite another was the sight witnessed several weeks ago, when na interminable convoy of bells went past, over a hundred of which will ring out from bell towers of Mafra, the imperishable memory of these events, and yet another is this sacred pantheon. (…).

The route that the bricks, the statues and the bells travelled on to get to Mafra, through the roads of Montachique and Pinheiro de Loures that pass through Malveira

Although Malveira is not directly referenced in the “Baltasar and Blimunda”, it is one of the places where part of the building materials used in the Mafra Convent passed through to reach their destination, namely, the bricks from the provinces of the Algarve and Entre-Douro-e-Minho (which were joined by those manufactured in the hundreds of brick and lime kilns located between Mafra and Cascais), the statues of the large saints carved in the workshops of Rome, Florence and Genoa (which, at the time, were the largest commission of Italian sculpture made outside Italy, totalling 58 statues and three bas-reliefs for the Basilica of Mafra, dated mostly to the early 1730s), and also the bells for the two bell towers of the Basilica, forming two chimes with about 108 bells, cast in 1730, in the cities of Liége, workshops of Nicholas Levache (north tower), and Antwerp, foundry of Willem Witlockx (south tower), is common. The route that the bricks, statues and bells made to get get to Mafra, is common. They were transported by boat from the Port of Lisbon, along the Tagus River, entering through one of its tributaries, the Trancão River (formerly also called the Sacavém River), and landed in the port of Santo Antão do Tojal, located in the Municipality of Loures. From here they were transported by carts pulled by animals (steels of oxen), supervised by soldiers, namely infantry, and skilled labourers working at the construction of the Convent of Mafra, taking either the road that passed through Pintéus and Fanhões crossed the locality of Cabeço de Montachique (until now territory of the Municipality of Loures), travelling through the section of the village of Malveira, following the Casal do Moinho-Alcainça Pequena-Porta Vermelha-Mafra (district road 85-A, according to the Itinerary Guide of Portugal, 1884); or, through the other road that passed through Pinheiro de Loures, and when arriving in Malveira took the same route as the previous one. The itinerary of the statues and bells was the first of its kind, and the statues aroused great admiration in the village of Fanhões, whose inhabitants wanted to know the name of the saints who passed by, and the bells that landed in the port of Santo Antão do Tojal were sanctified by the first Patriarch of Lisbon, D. Tomás de Almeida. The set of bells were accompanied by the prosecutor of the city of Lisbon and 400 infantrymen, divided into two fractions, which helped to manoeuvre the chariots and sustain them on the great slopes. 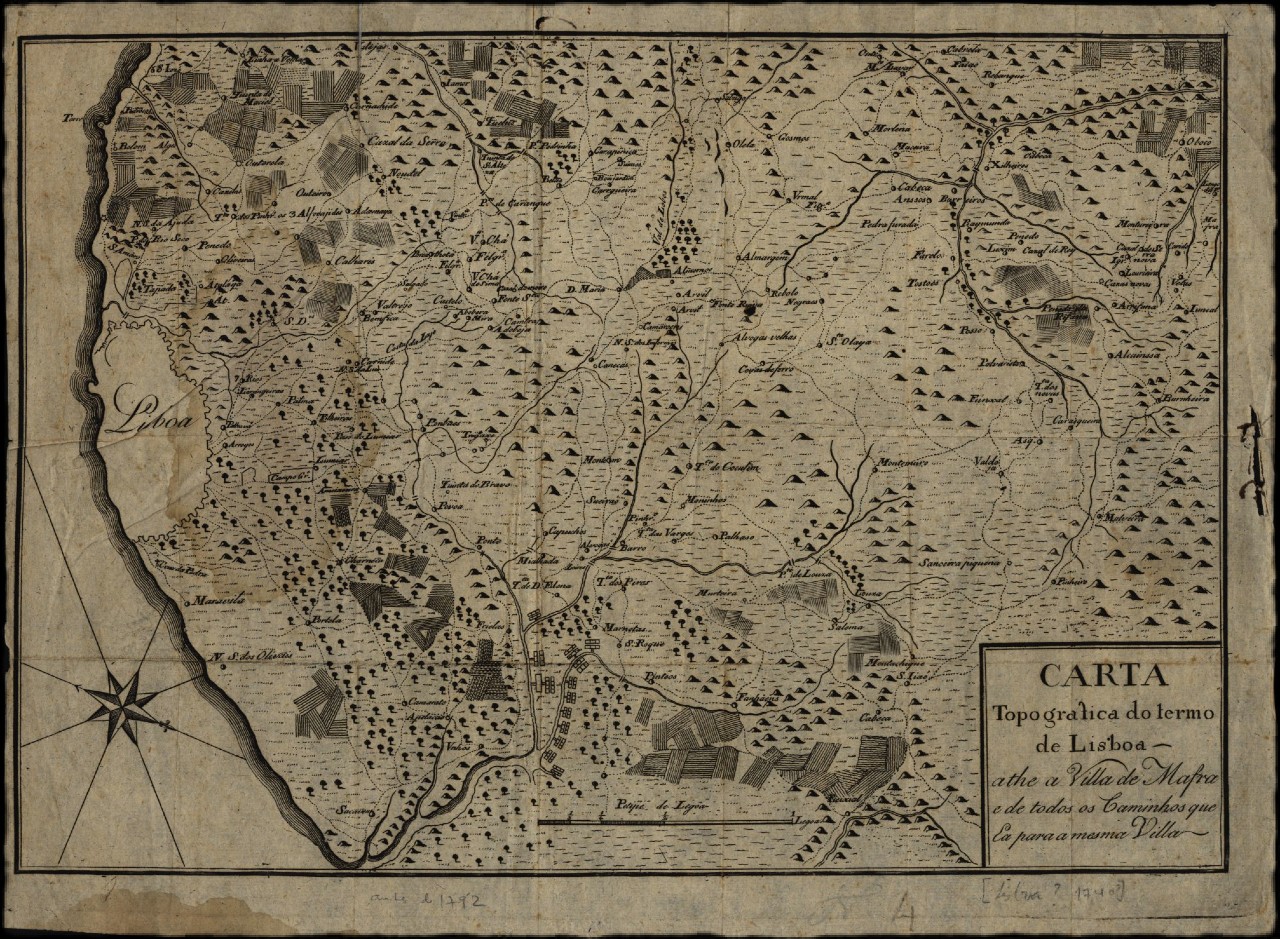 (…) Fate, that agent of good and evil, ordained that the statues should come face to face with the novices where the road from Cheleiros joins up with the one from Alcainça Pequena, and this fortuitous omen was seen as an occasion for much rejoicing on the part of the congregation. (…).

The river port of the Trancão River, in Santo Antão do Tojal, was essential for the transport of bells and statues destined for the Royal Construction of Mafra, as well as other building materials, namely bricks. To ensure the transport of all these materials, which determined the construction of the path from Santo António do Tojal to Mafra in order to allow the passage of three paired carriages a Royal Order was published in 1730. Once landing in Santo Antão do Tojal the materials followed this Royal Road, passing through Fanhões, Montachique, Malveira and finally Mafra. Santo Antão do Tojal was the place where the ceremonies of the blessing of the bells destined for the Royal Basilica were held. This was a solemn ritual presided by D. Tomás de Almeida, the 1st Patriarch of Lisbon, in the presence of King D. João V and other members of the court. 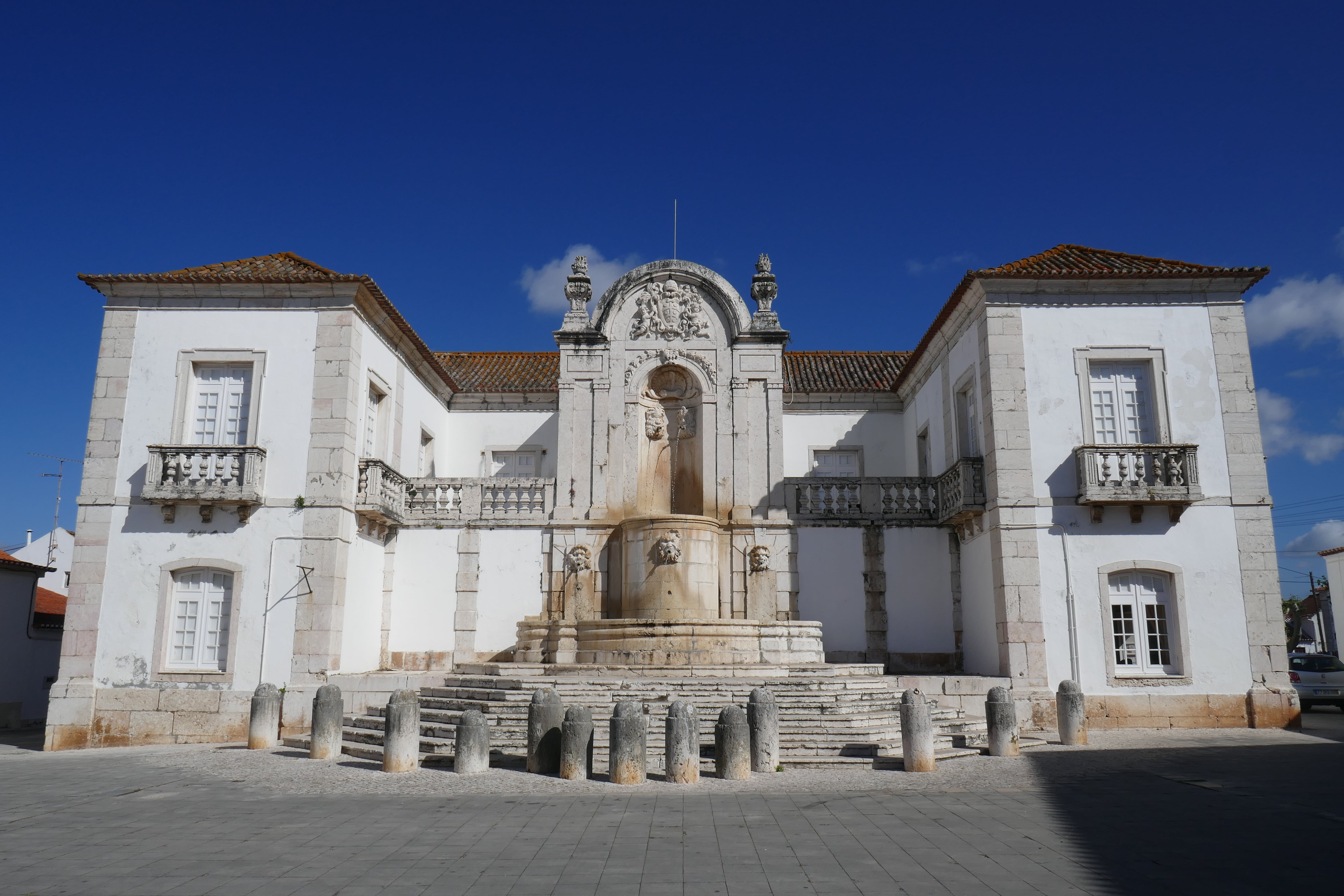 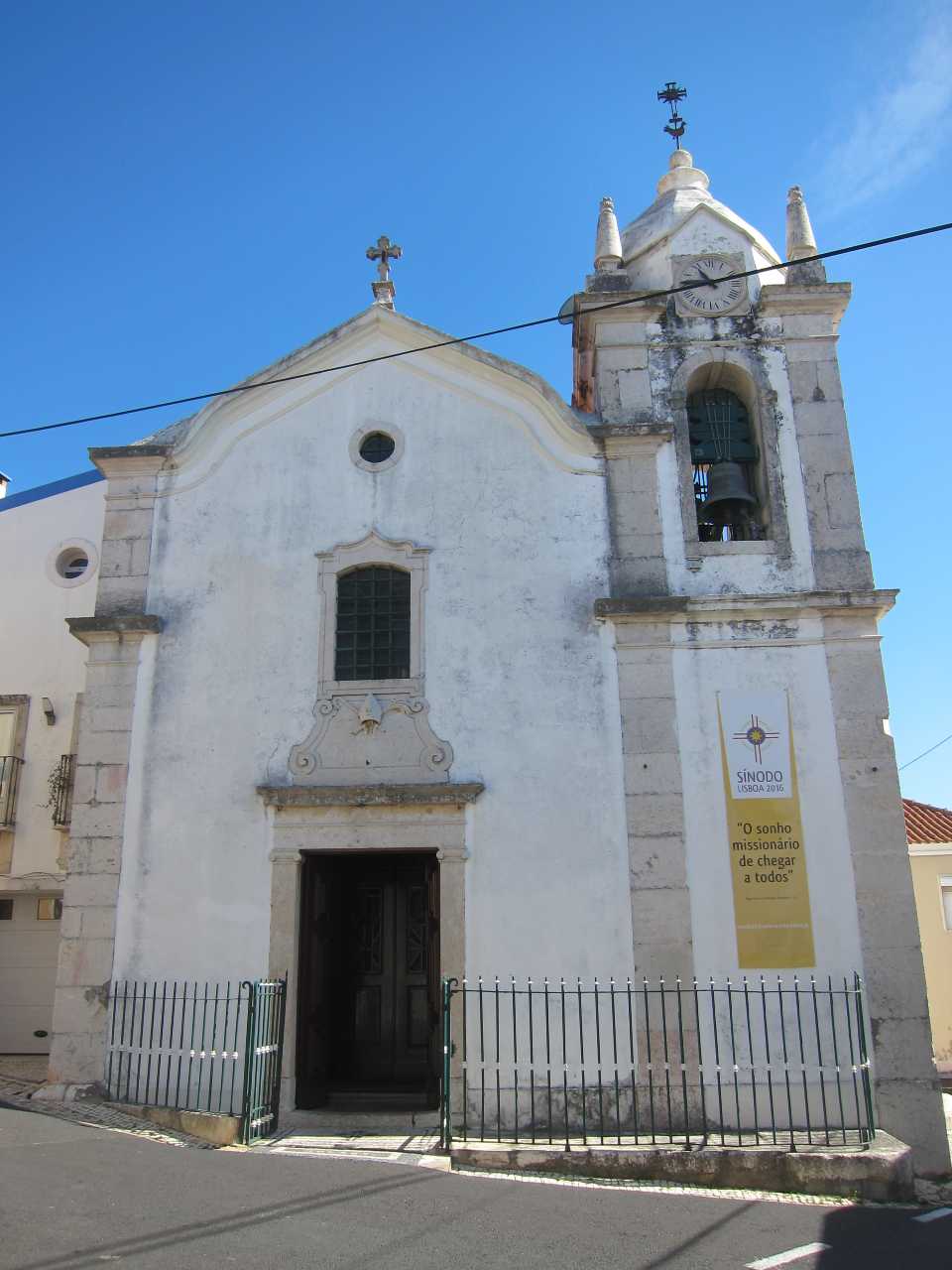 The Royal Road that came from Santo Antão do Tojal crossed the interior of the village of Fanhões, passing by the Maiden Church dedicated to São Saturnino, heading in the direction of Montachique until it entered the current EN8. For many years the inhabitants of this locality saw several yolks of oxen loaded with the materials necessary for the construction of the Convent-Palace of Mafra pass through here. Surely the transit of large bells and the various Italian statues were a cause of uproar among the inhabitants, an episode brilliantly evoked by José Saramago in his book.

The Cheleiros road through which the monks passed on the way to the Convent of Mafra was the Cheleiros-Church Nova-Carapinheira-Vela (Mafra) segment, which only became relevant in the 19th century, on the oldest path, Cheleiros-Boco-Longo da Vila-Vela (Mafra), with the construction of the new bridge, dating from the late 18th century or early 19th century. This road from Cheleiros took the direction of the New Church, without passing through the centre of this locality, travelled to Carrasqueira and arrived at the site of Velas or Vela, in Mafra, where today the Palace-Convent of Mafra is located. The Alcainça Pequena road was connected with the roads that came from Cabeço de Montachique and Pinheiro de Loures, through which the statues passed, more specifically the 85-A district road, according to the Itinerary Guide of Portugal (1884), which arrived in Malveira, passed through the Casal do Moinho Alcainça Pequena-Porta Vermelha-Mafra. The meeting point of the monks and statues must have been in Alcainça Grande, possibly in the square of the Maiden Church, adjacent to the Chapel of Espírito Santo, the central urban nucleus of the village. 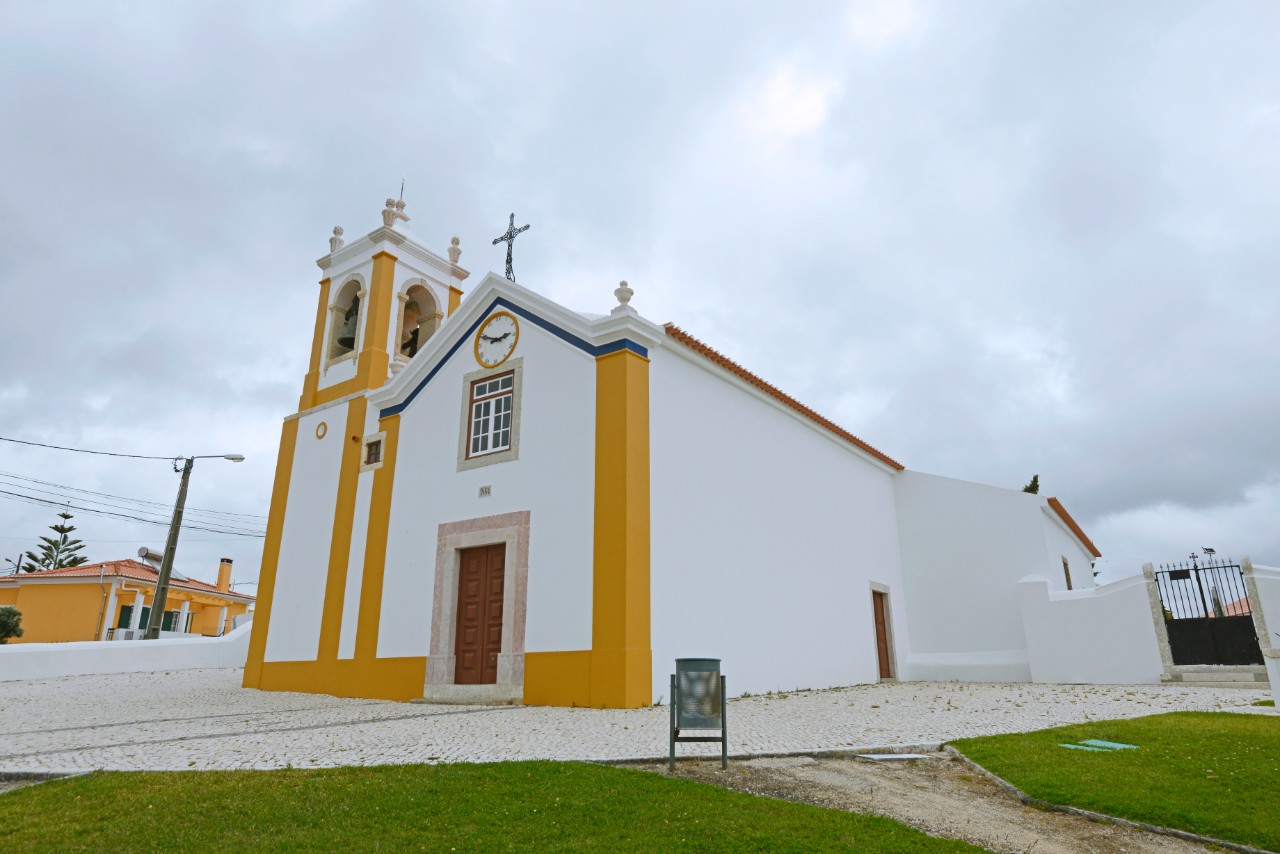