(…) the ships that carry different bricks from the Algarve and from Entre-Douro-e-Minho to be unloaded in the Tagus, through a bracing canal at the docks of Santo António do Tojal, on the carts that transport these and other materials through Monte Achique and Pinheiro de Loures to His Majesty’s convent (…) .

The heart of the Village of Malveira continues to host one of the most emblematic weekly markets in the so-called Saloia region, the Malveira Market, which takes place on Thursdays, also known as the Malveira dos Bois Fair (Ox Fair). Established after the concession of the annual fair by Queen Maria I, in 1782, it was set to supply cattle for consumption in Lisbon and its suburbs, and became one of the most important and celebrated markets in Portugal. The cattle trade was added to the sale of the most diverse products, highlighting those associated with agriculture, livestock, fishing, textiles and footwear. In the 1980s, cattle sales were moved to Campo da Ermida, carried out in the early hours of Wednesday to Thursday. 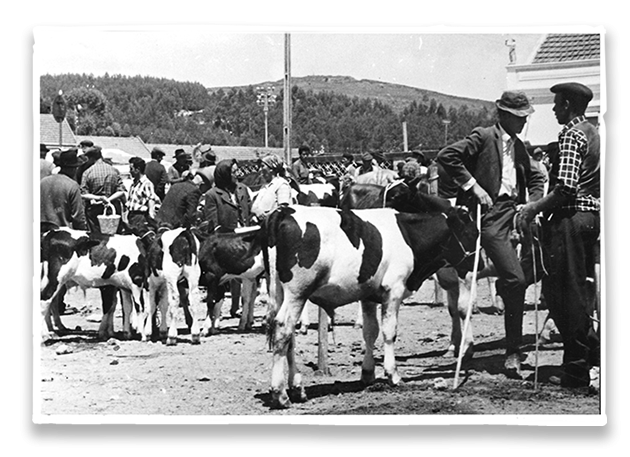 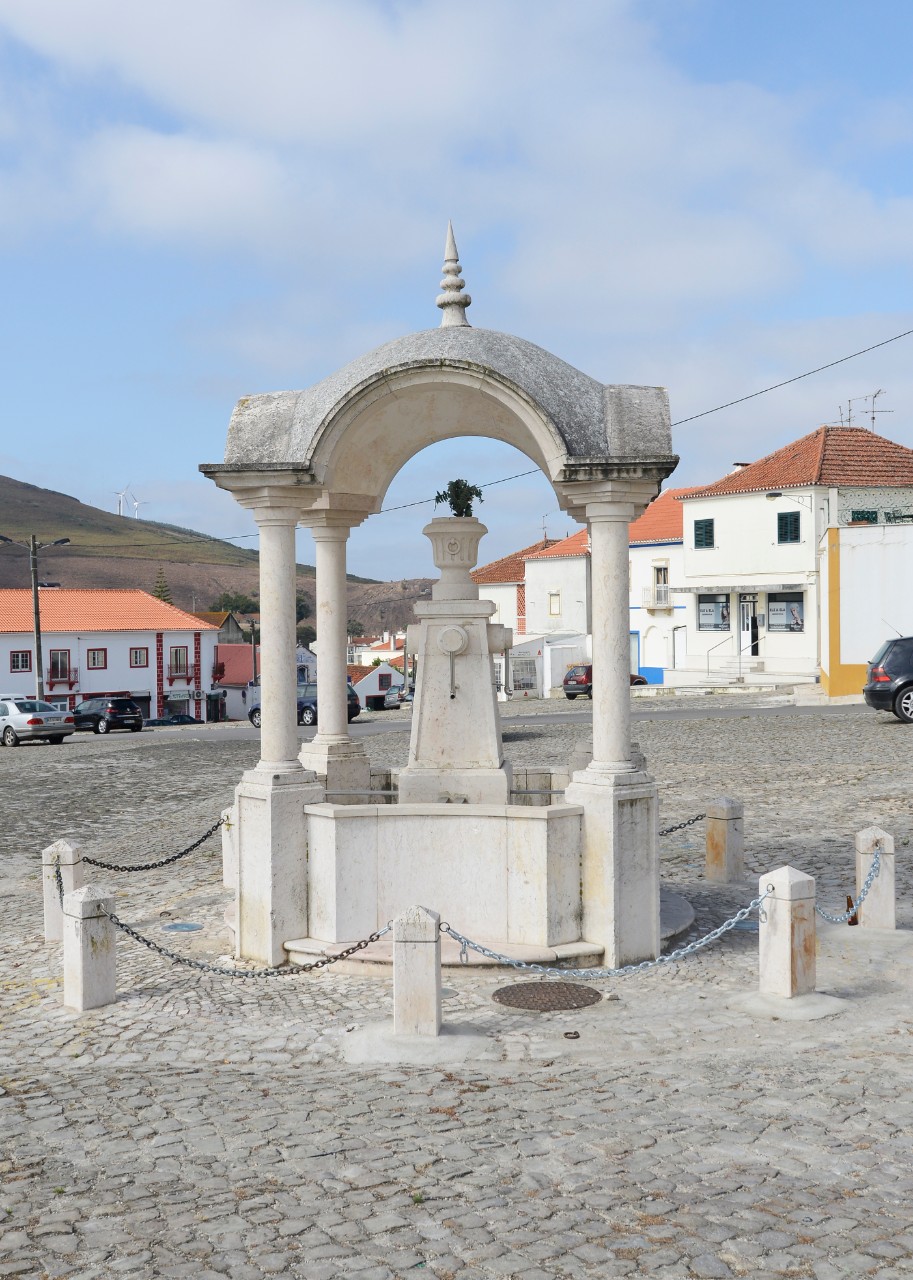 Projected by Morais Carvalho, and possibly designed by Paulino Montez, it was inaugurated on October 5, 1936, under the sponsorship of the Municipality of Mafra. Of great elegance and entirely made with white marble, the water tank is provided with a central pillar, where the taps are located, and which is protected by a dome laid upon four columns.

Beatriz Costa wanted many of the objects surrounded by her room, at the Tivoli Hotel in Lisbon to be donated to the people of Malveira, and so a museum of the same name was created, inaugurated by the actress on August 10, 1993 (currently incorporated into the Casa de Cultura da Malveira). Born on 12/14/1907, in the place of Charneca do Milharado (Mafra), she died on April 15 1996, in a room at the Hotel Tivoli (Lisbon), having been one of the national figures who most stood out in the arts of acting. The peak of her career occurs in the 1930s, in which the film A Aldeia da Roupa Branca, one of the greatest hits of Portuguese cinema. 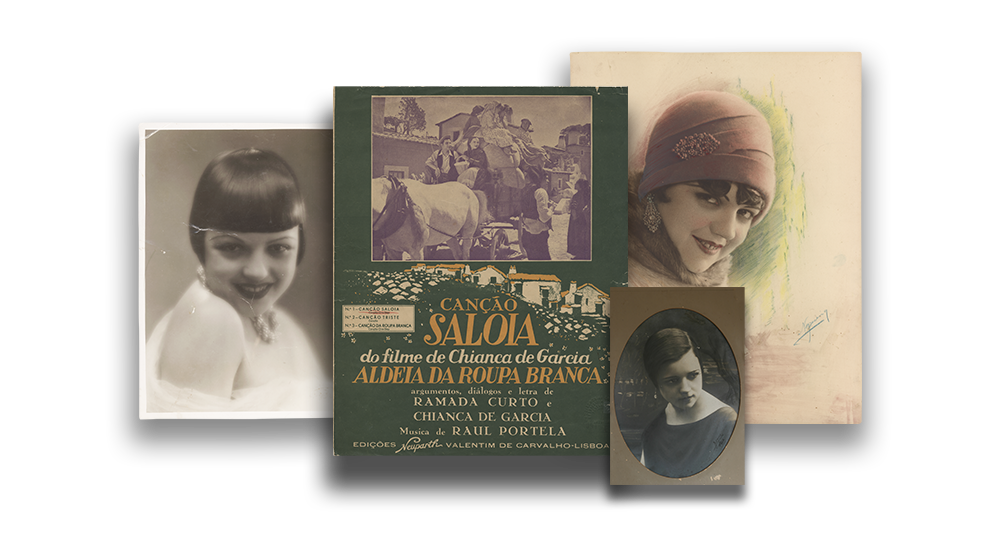 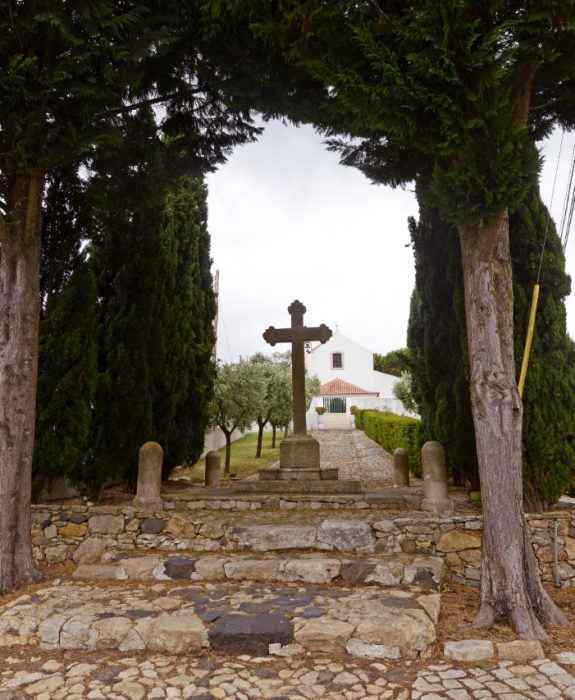 With foundations from the 17th century, on May 8, 1723, the Patriarch of Lisbon, D. Tomás de Almeida, authorized the integral reconstruction of the temple, a feature that has survived to date. Contemporary of the construction work of the Convent of Mafra, inside, the walls are covered by paintings that suggest marbled architectural elements. Both in the nave and in the chancel, there are blue and white tile panels, dedicated to the life and litanies of the Virgin. In a space bordering the facade of the chapel, there is a cross.

Built before October 1810 under the direction of Lieutenant Colonel Richard Fletcher (project no. 66), the fort is designed in the shape of a star with a moat dug into the rock that surrounds the entire stronghold, 4 meters deep. It was covered by a gable roof with wooden fittings. The stronghold was garrisoned by 350 men, and had four shooting mouths (calibre 12). 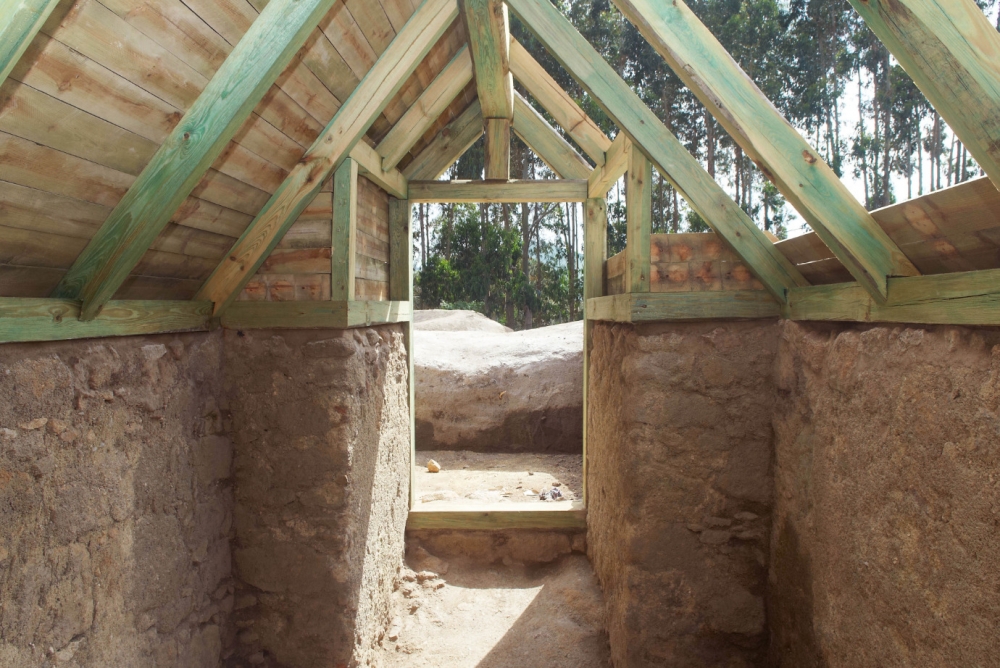 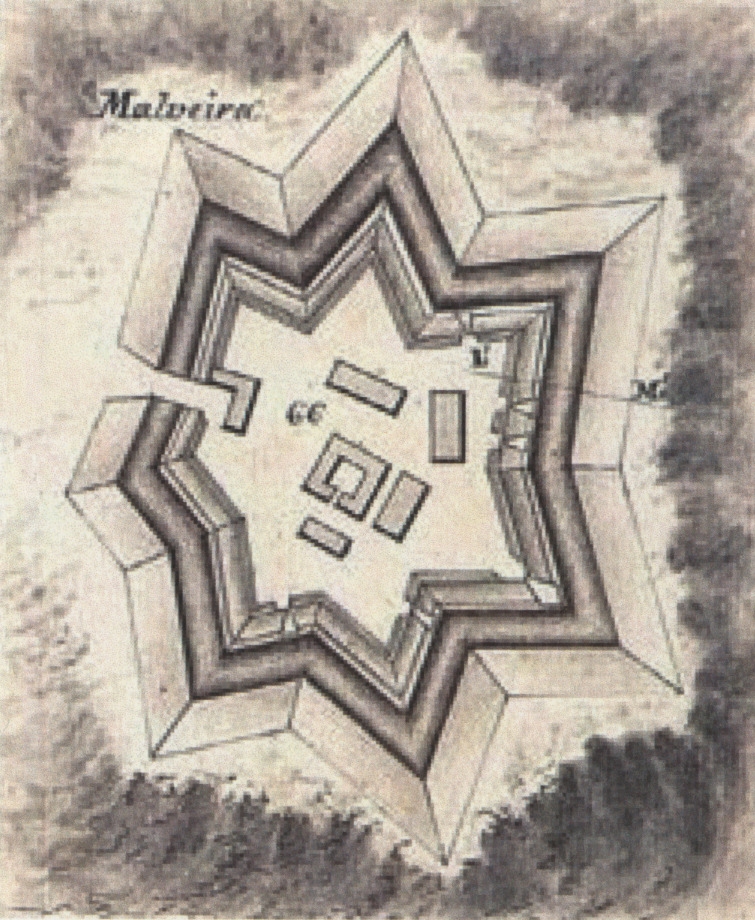 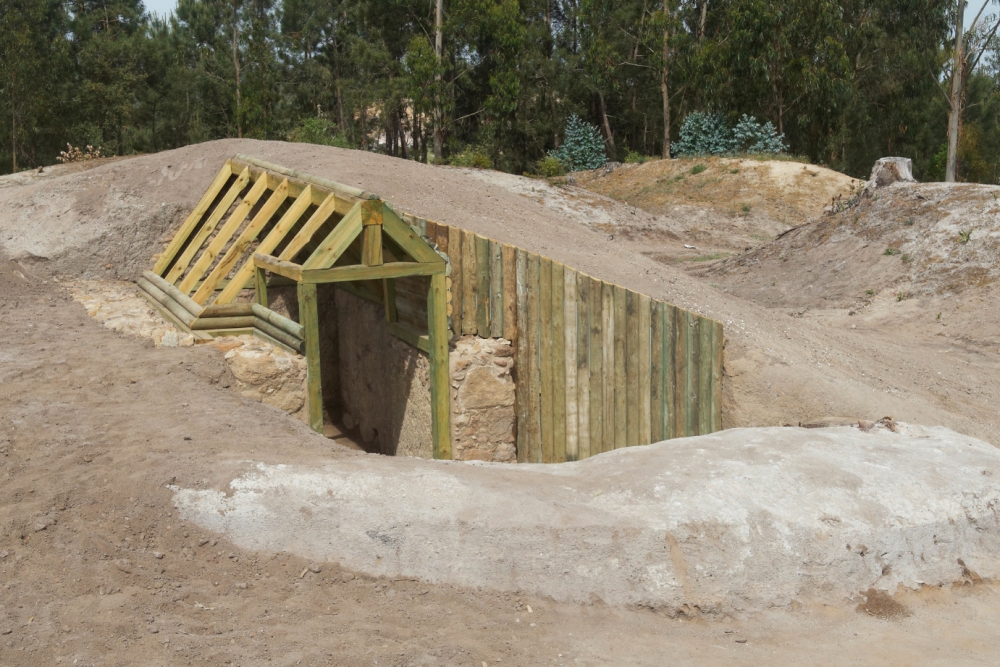 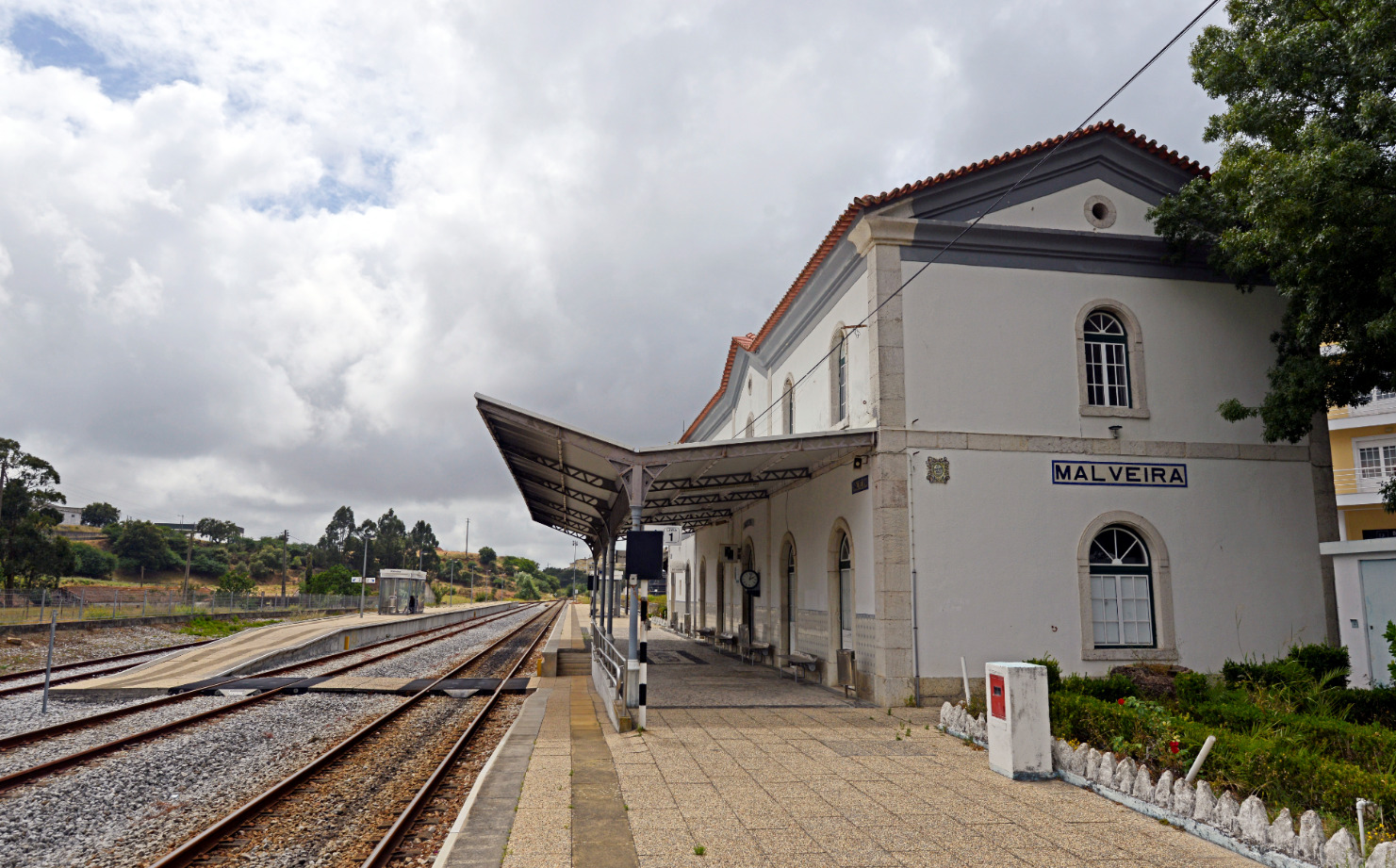 The contract for the construction of a railway was awarded to the Royal Portuguese Railways Company in 1883, and delivered to Duademi & Bratissol in August 1885. The arrival of the railway in Malveira was an old local requirement and, for its inauguration, José Franco Canas, a wealthy businessman of the village, ceded land between Sabugo and Pêro Negro. The train arrived in Malveira at the end of the 19th century, but the railway station, as it still exists today, only started operating around 1920. An essential factor in the increase and heyday of the Malveira Market, the railway became the main means of transporting goods and cattle, and so on Thursdays the trains brought more carriages and there were more itineraries.