(…) we have already passed Pintéus, and we are on our way to Fanhões with eighteen statues loaded on eighteen carts and the appropiate number of oxen, and a vast number of men handling the ropes, as already mentioned, but this expedition cannot be compared to the one that transported the Benediction stone (…). The procession came to a halt in Fanhões because the local inhabitants insisted upon knowing, name by name, who the various saints were, for it was not every day that they received, even if only in transit, visitors of such corporeal and spiritual statures, the daily transport of building material is one thing, but quite another was the sight witnessed several weeks ago, when na interminable convoy of bells went past, over a hundred of which will ring out from bell towers of Mafra (…). The spectacle is over and the procession of saints is now on its way to Cabeço de Monte Achique, Have a good journey.

This single-nave temple, which dates from 1575, was restored in 1796 after the earthquake in Lisbon. It was built at the request of the population as they had many difficulties getting to Santo Antão do Tojal on very rainy wintery days. “… the Parish dedicated it to Sanit Saturnin protector of lost boys …”. Inside, it is worth noting the Johannine choir, pillared on two marble columns, the baptismal font, the tile panels of the 16th and 17th centuries and also the painting of Saint Saturnin attributed to Pedro Alexandrino de Carvalho, which all stand out to the viewer. Outside, an old sundial recalls other ways in which time may be measured. The painter Pedro Alexandrino de Carvalho (1729-1810) bequeathed many pieces which is dominated pictorials of a religious nature. A disciple of João de Mesquita and Bernardo Pereira Pegado, Pedro Alexandrino de Carvalho lived with André Gonçalves. He carried out projects for several churches in the Lisbon region, especially after the earthquake. He defended institutional artistic training, having been a member of the Brotherhood of S. Lucas, and predecessor of the institutionalized Painting school. In 1785, Pina Manique appointed him as one of the directors of the former Nu Academy, which offered courses for “…Painters, sculptors, architects and engravers, as well as carvers, goldsmiths and master builders”. 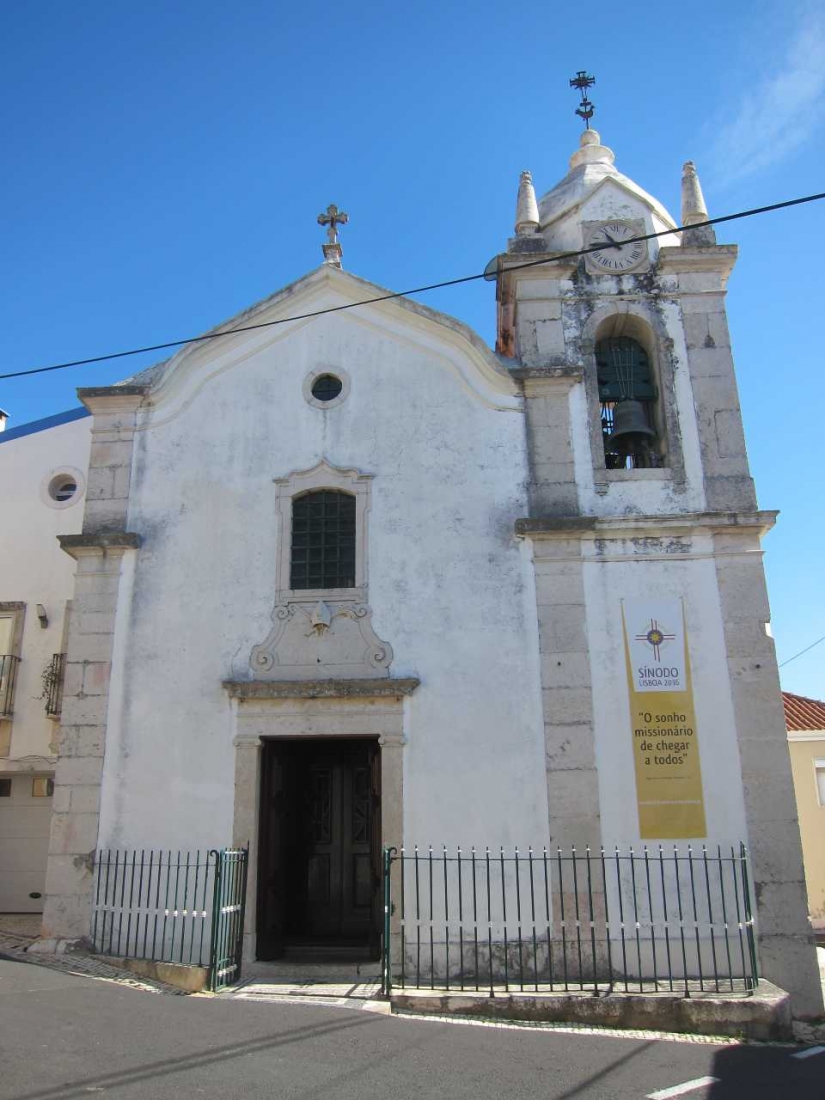 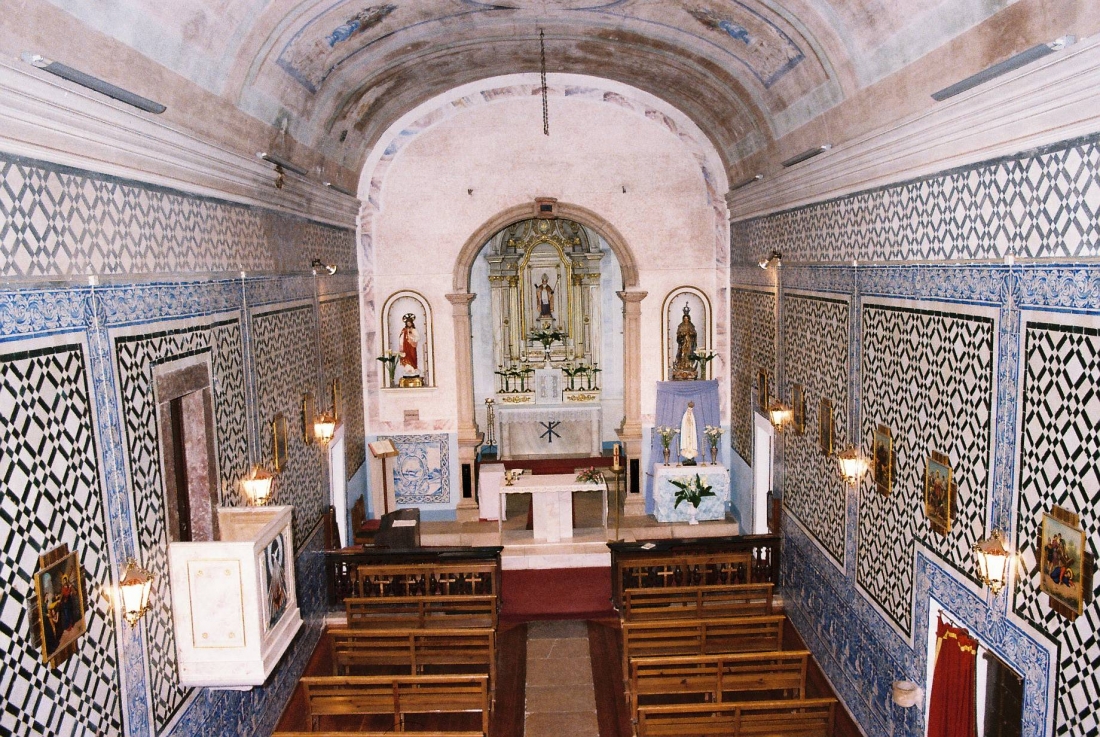 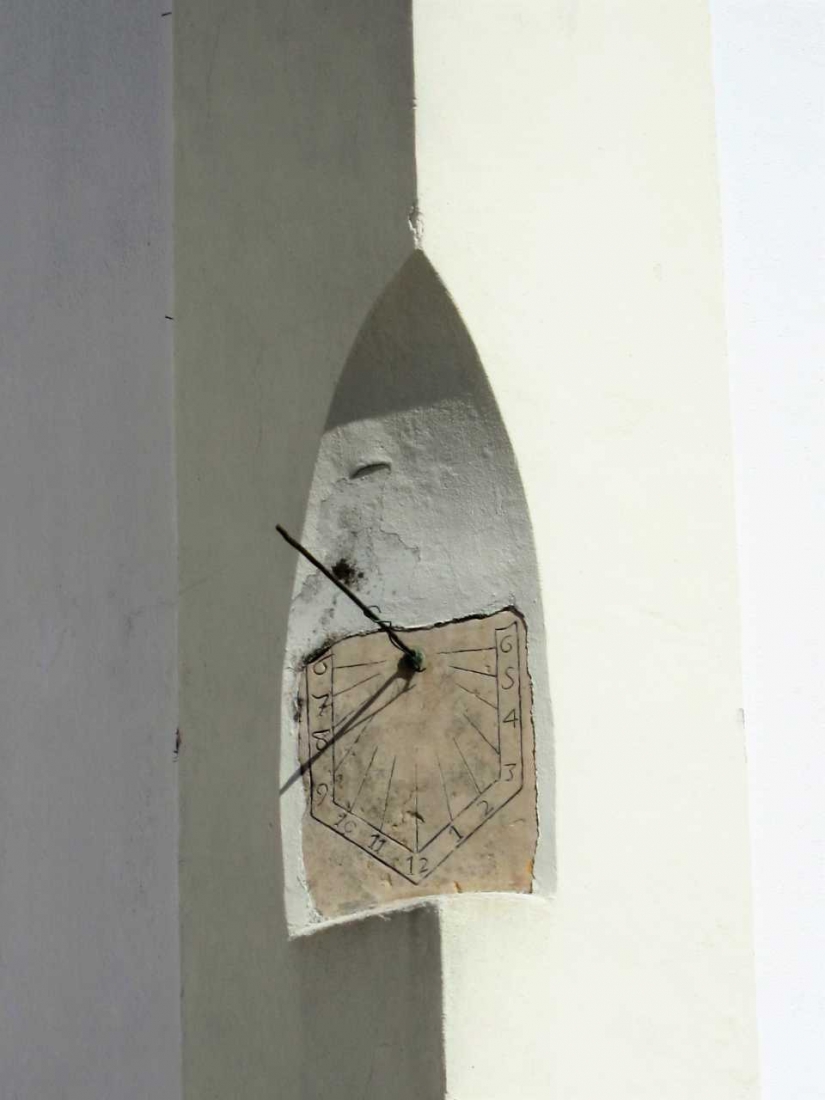 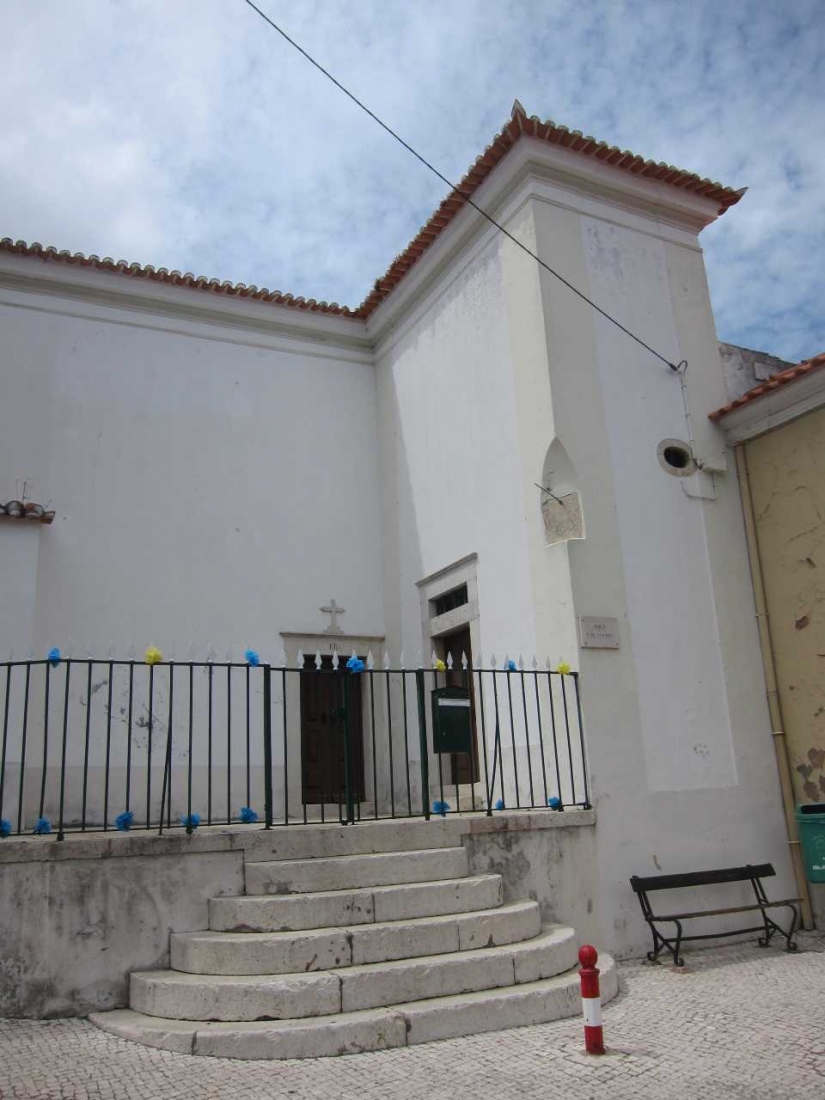 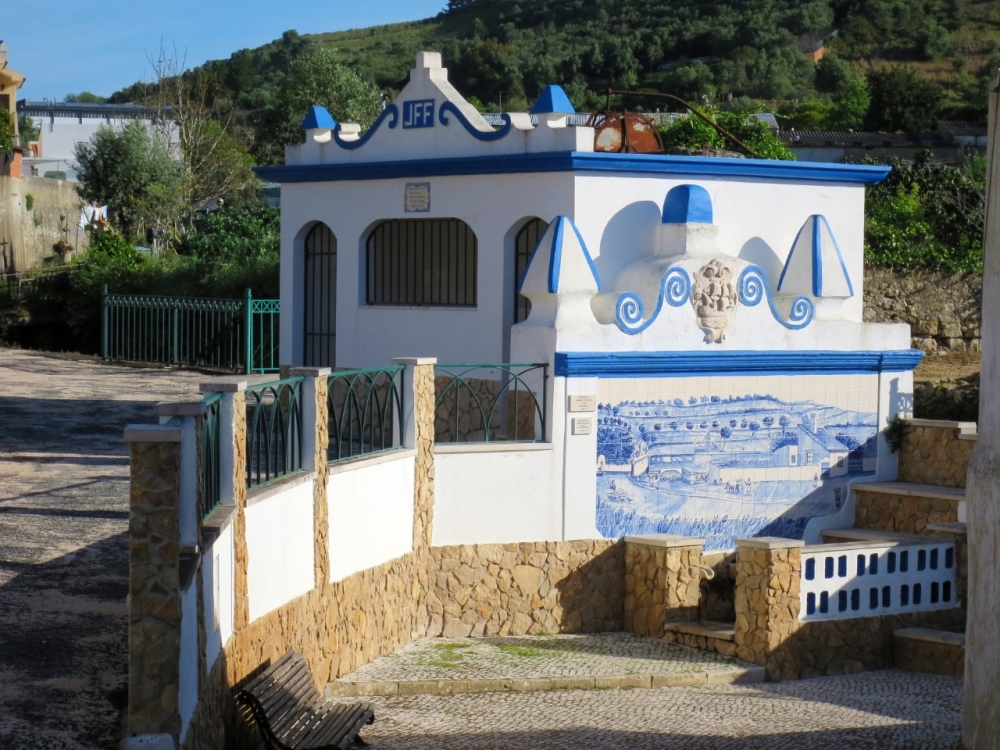 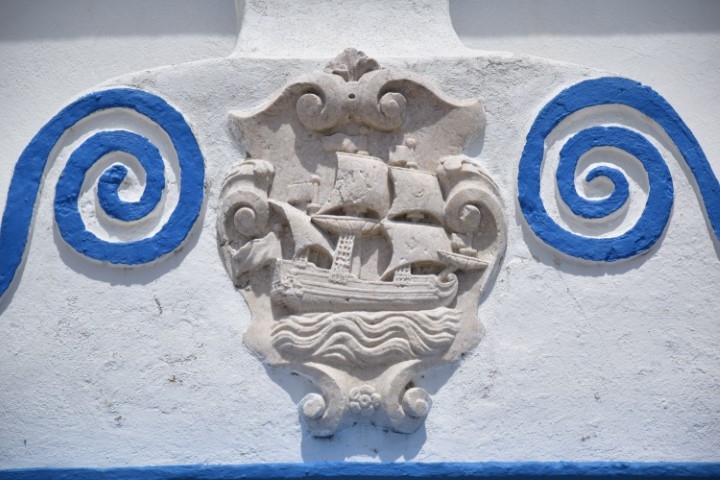 Markings of the City Boundaries

Over the centuries, the territory of Loures has been linked to the evolution of the city of Lisbon and its boundaries. It is an area of influence and exchange, and its margins have varied over the years. To mark the edges of these boundaries, landmarks holding the symbol of the city were placed in the territory. As we travel the territory today, we can still find some of these landmarks. Here, in Fanhões there are two, one of them on top of a private portal, located next to the bandstand, near the Church of St. Saturnino, and another that tops the fountain of Fanhões, near the washers and the river.

Gallery of the Pavements by Master José da Clara

This space honours the master shoemakers of Fanhões. Known as the capital of shoemakers, this was the place of origin of many of the masters who spread this art around Portugal and to many other parts of the world. It was in the sixteenth century, by royal initiative of KingManuel, that the first cobbled pavements emerged, namely in Rua Nova dos Ferros. It was only in 1842 that the Portuguese pavement, as we know it today, in black and white limestone, was first applied by the prisoners, at the command of the Governor of Arms of São Jorge Castle, Lieutenant General Eusébio Pinheiro Furtado. The outline used was a simple, zigzag-type stroke. In this small private gallery, Master José da Clara presents some of his work pieces. 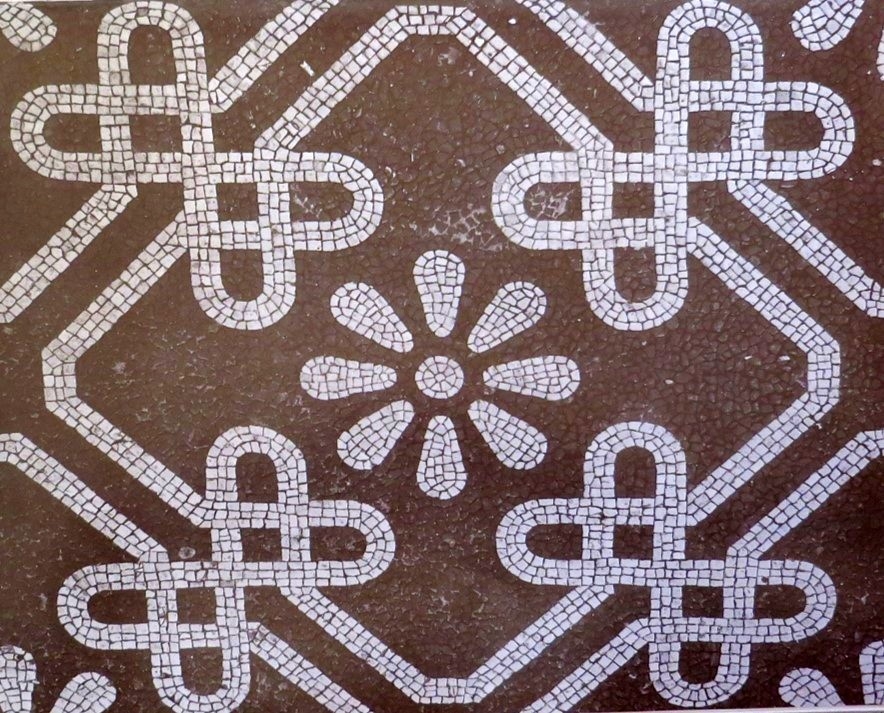 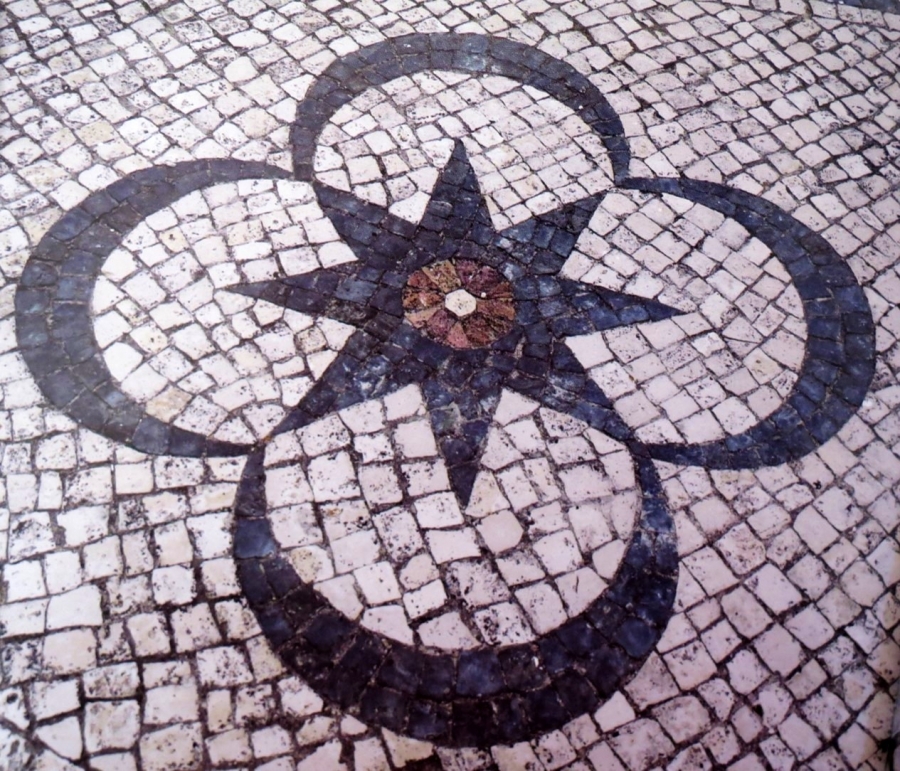 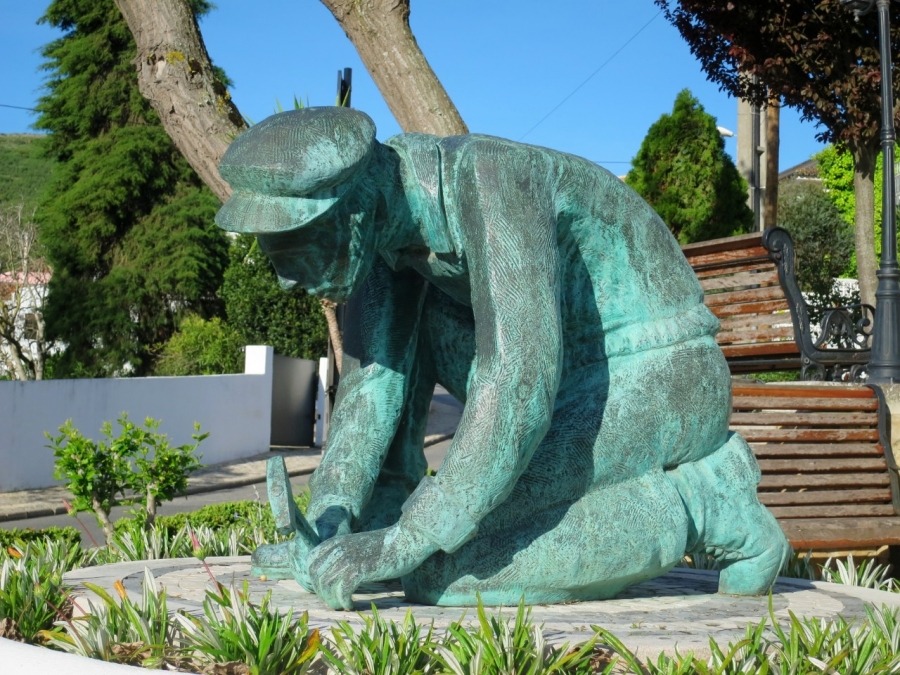 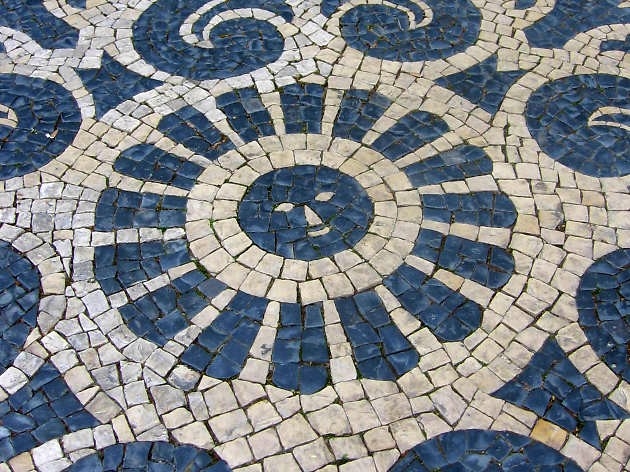 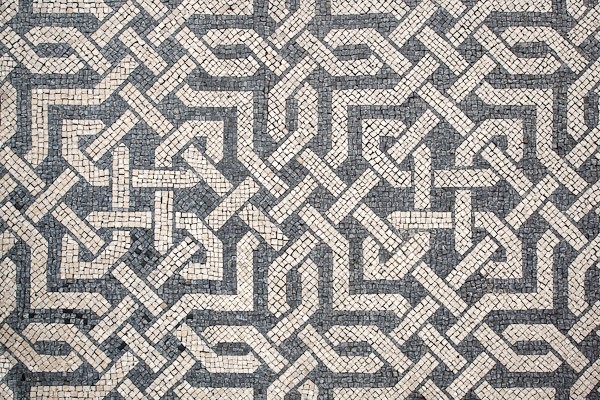 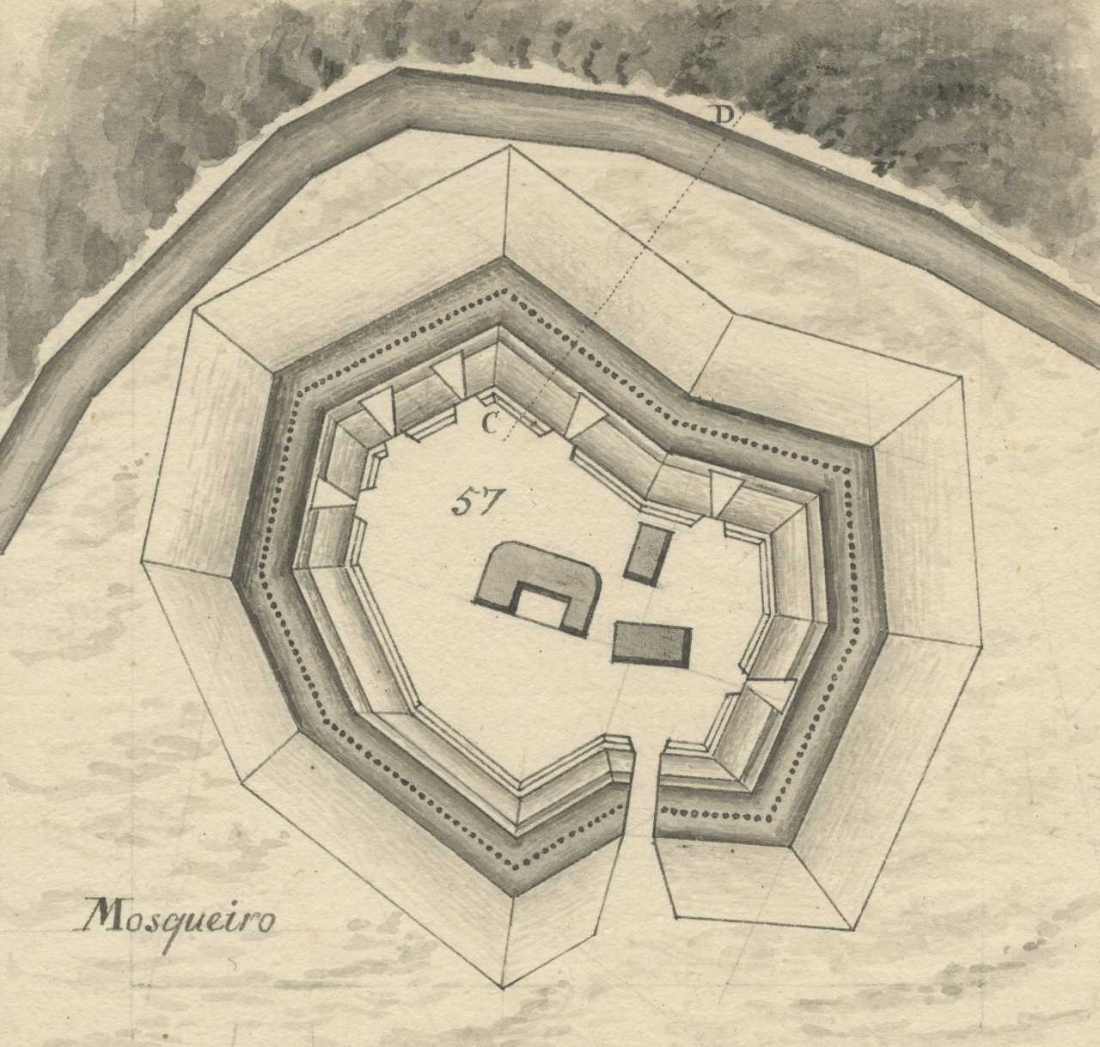 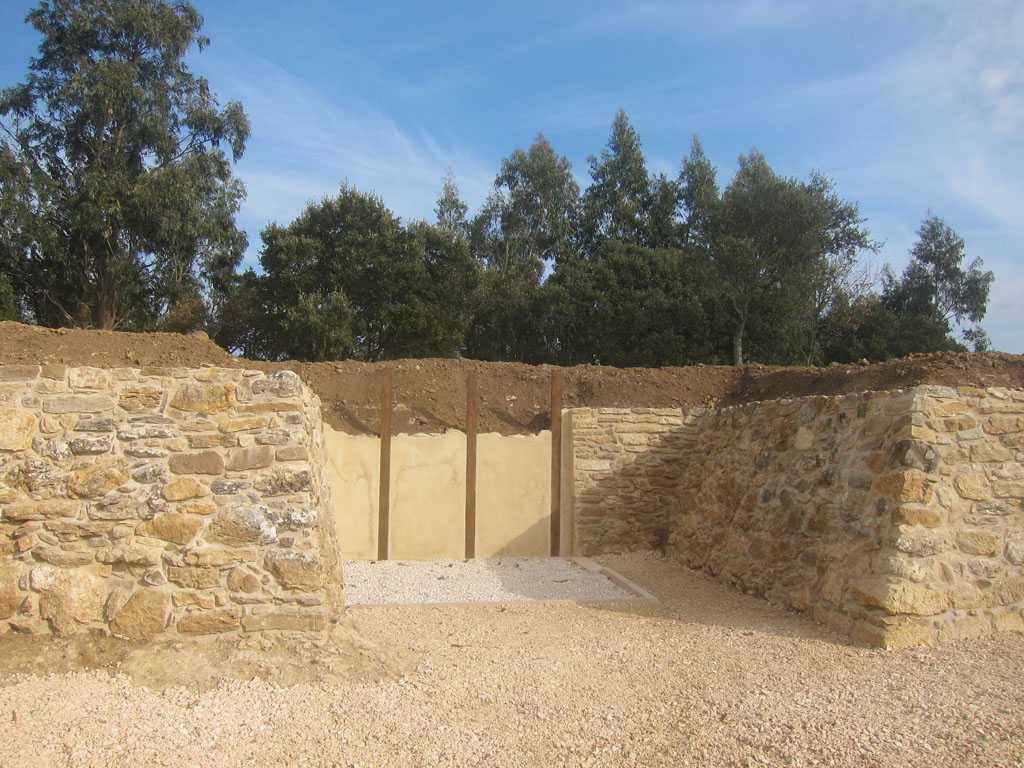 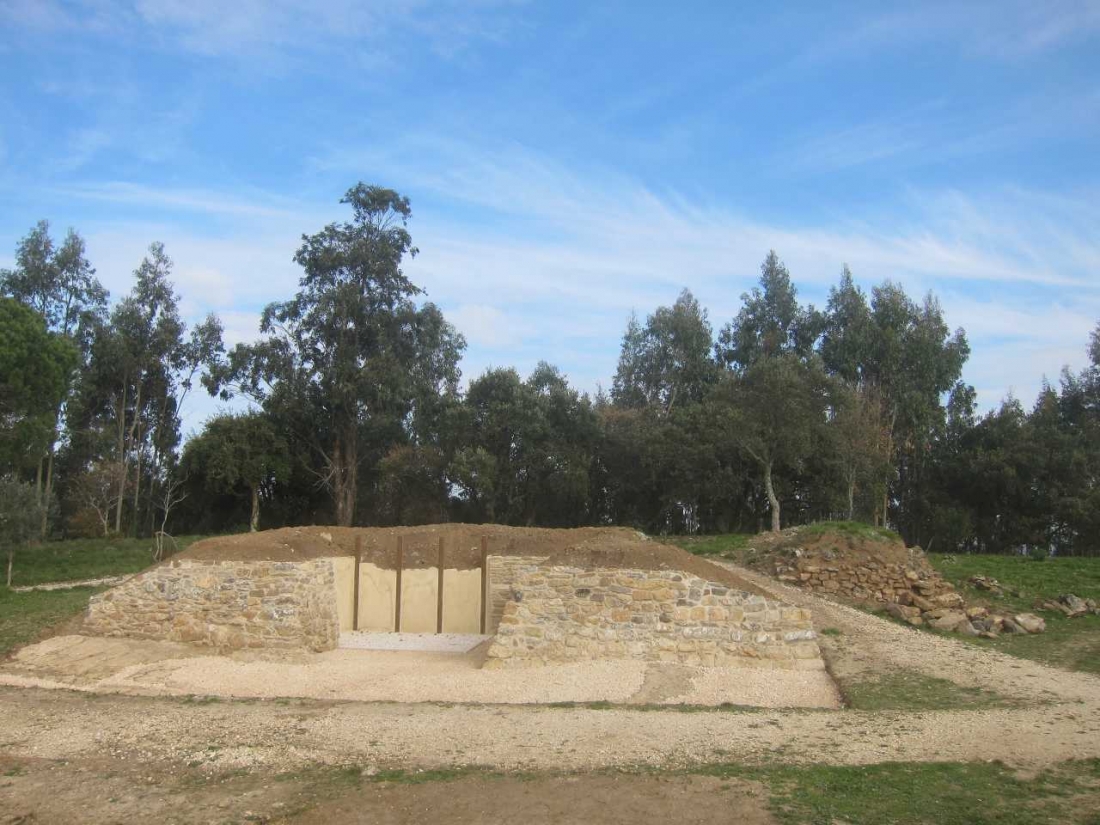 This is a field military fortification (military project no. 57) integrated into the Historical Route of the Torres Line, in other words, it is part of the defensive system built between 1809 and 1810 to protect the city of Lisbon during the 3rd French Invasion, commanded by Masséna. This fortress has an irregular polygonal design, it is surrounded by a dry moat and inside preserves traces of various structures, with special emphasis on the storeroom. Its strategic objective was to protect the Montachique gorge and the road connecting Mafra to Lisbon from the possible advance of Napoleonic troops. Amongst others, this fort was a part of the 2nd Line of the aforementioned defensive system. This military project, along with all the others that are part of the system, were classified as National Monuments in 2019.

The Royal Road to Mafra

The village of Fanhões was one of the localities that witnessed the course of the materials that would be necessary for the construction of the Royal Building in Mafra, and that were transported by ox carts along the Royal Road that connected Lisbon to Mafra. The bells for the towers of the basilica and the group of Italian statues also passed through Fanhões, an event that José Saramago refers to in the narrative of Baltasar and Blimunda. 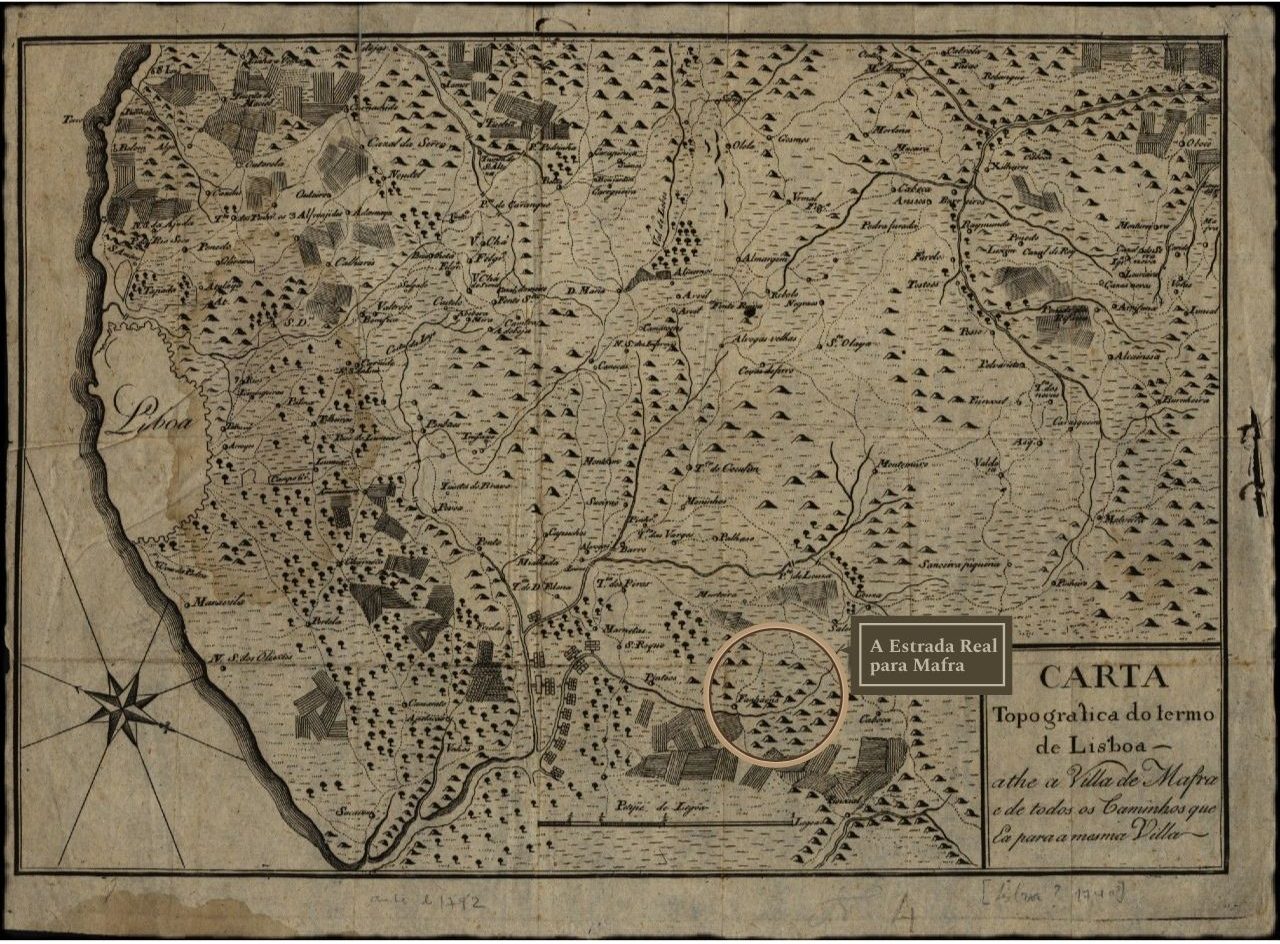