Terreiro do Paço
- Praça do Comércio

The priest lives in one of the houses overlooking the Palace Square, in apartments rented out by a woman who has been widowed (…) and just as well, because he goes there frequently… because the King is fond of him and has not given up hope of seeing his enterprise completed, and since eleven years have already elapsed (…) Shall I see your machine fly one day?

Terreiro do Paço has the role of being the central nucleus of Lisbon. The city that from a large commercial port firstly becomes the capital of the Kingdom and later the capital of an empire, sees its ancient Fernandine wall that ran along the banks of the Tagus River overflow. A new royal palace and a set of royal administration buildings began to define a large square, whose U-shaped configuration, opening to the river, would prove to be a determining urban element in the image of Lisbon.

Terreiro do Paço makes an affirmation as being the decision centre of the State power, where the court and the royal administration meet in this place only. Together with the court that came to Terreiro do Paço, also came the nobles who until then inhabited the palaces on the slope of the Castle. Between the 16th and 18th centuries, the course of the Tagus River generally became the residence axis of the court nobility, as well as of the great Portuguese and foreign merchants. 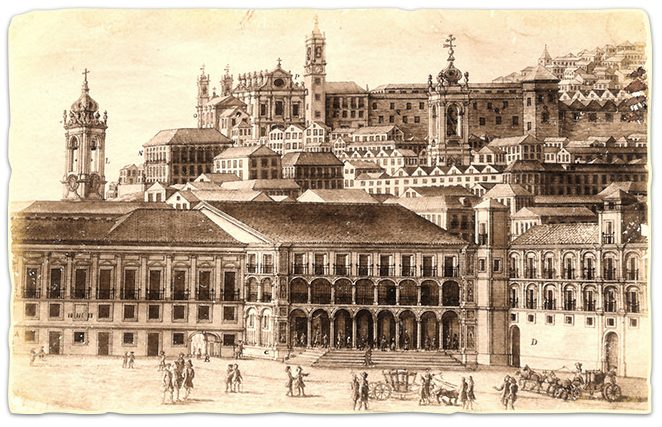 In Baltasar and Blimunda it is in Terreiro do Paço Palace that we are introduced to one of the most emblematic stories of the novel: Father Bartolomeu de Gusmão and the invention of the flying machine that will cross the skies of Lisbon. Father Bartolomeu of Gusmão benefits from the protection of the King who believed in his machine and gave permission for the priest carry out his experiments. 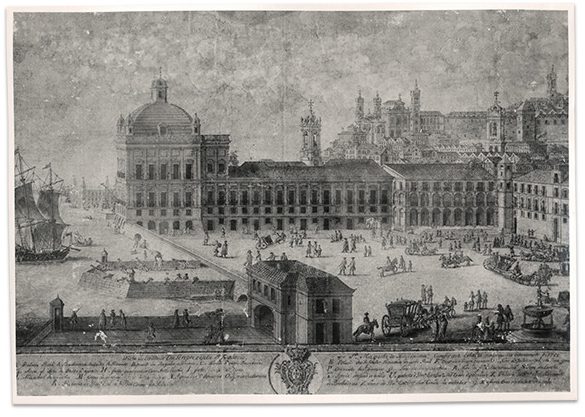 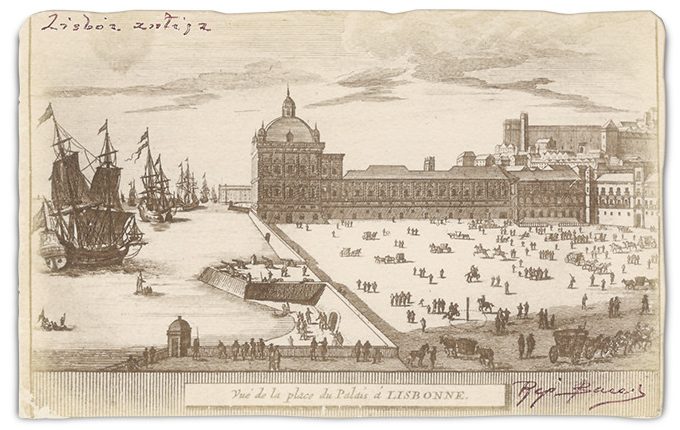