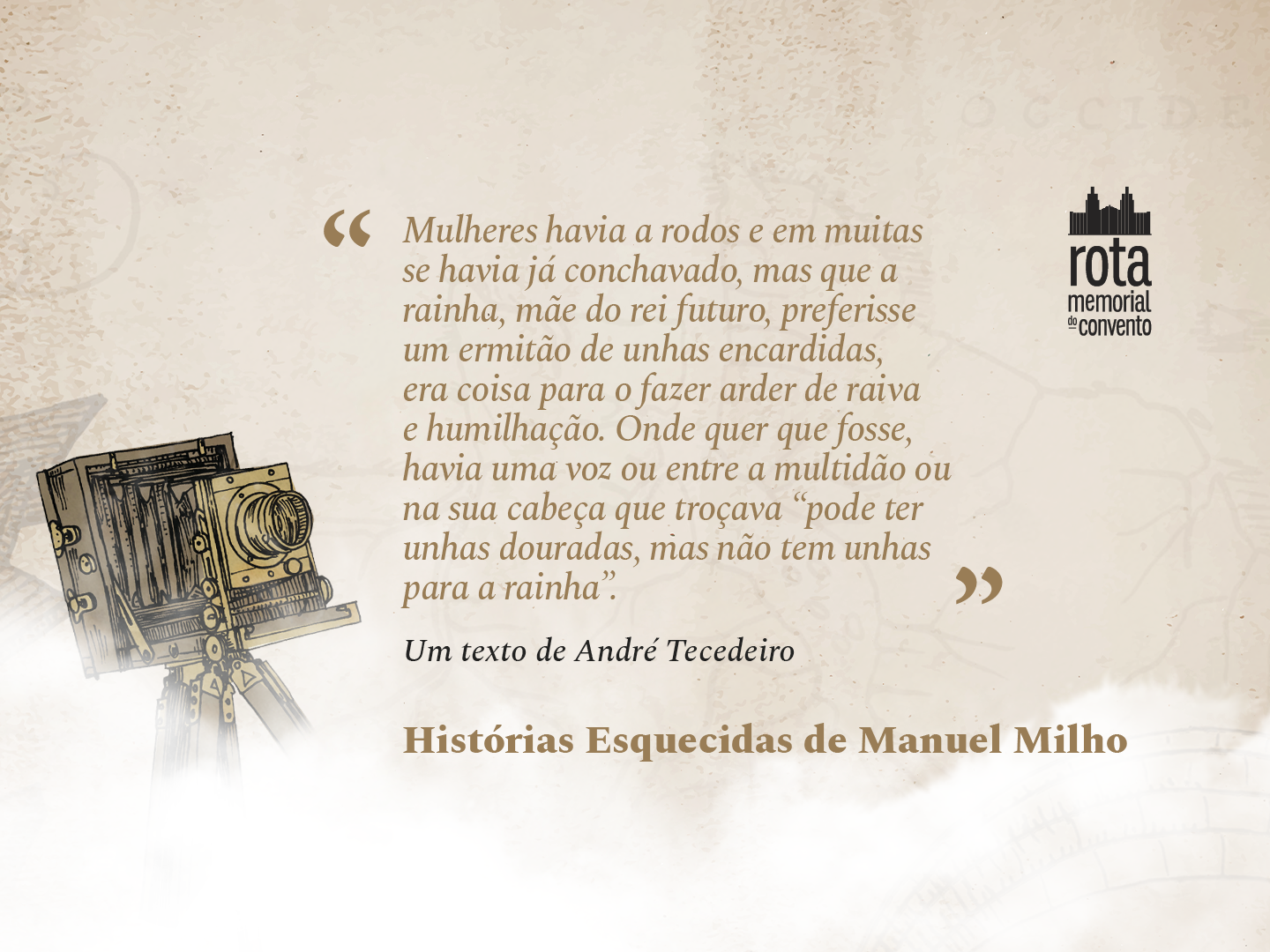 Before returning to the marshland, Manuel Milho told one last story about that king, the one whose queen, desiring to become just a woman, had vanished with a hermit.

The king was proud on having a steward who every morning covered his nails, hands and feet with a fresh layer of fine gold. However, in the shadow of the scandalous disappearance of the queen, any demonstration of power and wealth only magnified, by contrast, his fragility. Women, there were by the dozens around, and with many of them he had it away, but that the queen, mother of the future king, would prefer a hermit with grimy nails, was something to make him burn with anger and humiliation. Wherever he went, there was a voice, amongst the crowd or inside his head, that mocked of him: “You may have golden nails, but you have no nails enough for the queen” or “the crown is just as large as the horns.”

There were cathedrals in the kingdom as grand as this convent that being built in Mafra in, but the people’s devotion went to a hermitage built in honour of Our Lady of Abebero, the one that quenches every thirst, and, not knowing what else to turn to, the king went there in pilgrimage, but in secret, without gold or squire and wrapped in a modest cloak, afraid of being recognized in such a rustic temple.

Despite the heatwave, the inside of the temple was fresh as water from a pitcher and the environment so appeasing that the king, surprised, feel down on his knees as if the land itself pulled him. And there he knelt, as if under some charm, for three days and three nights, which caused the other pilgrims great curiosity.

But it was not out of devotion that the king stayed there. It was for the pleasure of the experience amazing and hitherto unheard of, feeling like a man and not just a king.