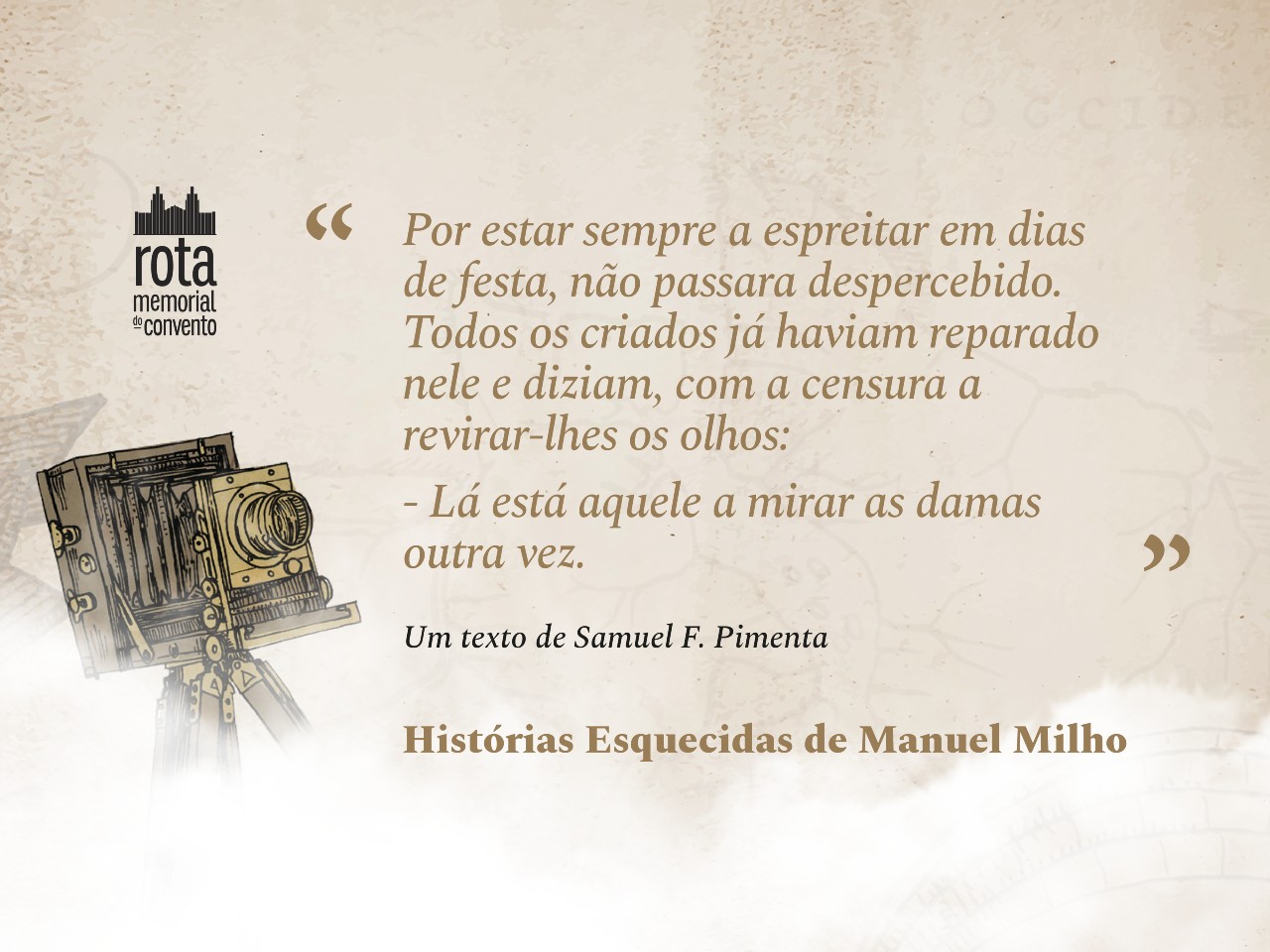 We were already at the beach, after the construction of the megalomaniac monument and a big fishery, relaxing. Only those who survived the building, of course, but we lefts a Rest in Peace – in that way, in full, to spend some characters – to all the smashed ones.

The scenario was Tóbis Portuguesa’s large studio, when José Álvaro Morais made a kitsch eighties’ beach out of it. Layered sunset, Ray-Ban brine making them average-sized chambers, vignette frame included. But it was just all true – sand on the lips, massage-kind breeze, and the tanned skins, but from lifestyle.

‘So won’t you mess up a bit?’ – said Alex, already shaved and well-tanned, in a caramel, sun-blondish, tone. He was talking, of course, to Manuel Milho. He was challenging him to tell something memorable.

‘Oh man, but this time tell a good one…’ – said Potato, scorning right from the beginning, in the worst Portuguese way.

‘I’m going to tell you with the blue got out of the flag. Is that enough for you?’

‘Look, now you’re going to be hauled over the coals – his last one got put on paper. Now think.’ – said Cristóvão, but just because putting it on paper at the time was a big hype.

‘Who also tells it well is Salete’ – said Diogo Evaristo, but that would have to be at another evening, as this one was Manuel Milho’s.

Secretly, we were expecting that it would be the one about the neighbour lady who had an affair with the nobleman. That anecdote was a memorial, had laughter, had melodrama, had gore. Now wait, there he goes:

‘Once upon a time there was a blue bird. It would only appear if you had lost all your hope, as long as you hadn’t lost hope on its appearance’.

Uh, Greek tragedy. Even I who wanted to get a Manuel Milho’s story for my texts to shine by closeness (if sometimes genius flows, from Saramago it drips), I got myself adrift with the surrealistic premise. Or, so to say, folkish. The truth is that Baltasar already asked him for some stories with blue creatures.

‘As this bird who appeared saving D. Afonso Henriques, if I’m not mistaken around 1939 with our lord’s grace, the flag got it is turquoise colour, which was also from the sky and the sea thing. That was before I turned to side and got napping, good afternoon, there’s some more in the evening’.

‘Woah, ‘Maize’, you’re going to blow like a popcorn, pal, tomorrow the guys have a text limit, you have to tell it now, before it ends.’ – told Fábio Galvão.

‘Tell him your truth, Mánu!’ – said Helena, who also with us bathing at Praia da Torre’s beach.

‘The grand error on assessing bread with meat is to take the royal bite and to assess it right away. It’s not only the sauce and the quality of the steak, but there’s also the initial bite, its magma, and the lasting flavour at the end’

‘No, the truth from the avaliar
story…’ – Helena amended, laughing, with some blushing.

‘That blue bird stopped being told about and got to disappear like that. It might come back now – stories have the power of summoning.’

And us, who were there reading them with full attention, understood Manuel Milho had no Twitter for sure. In our lives, the blue bird never stopped waving its wings.