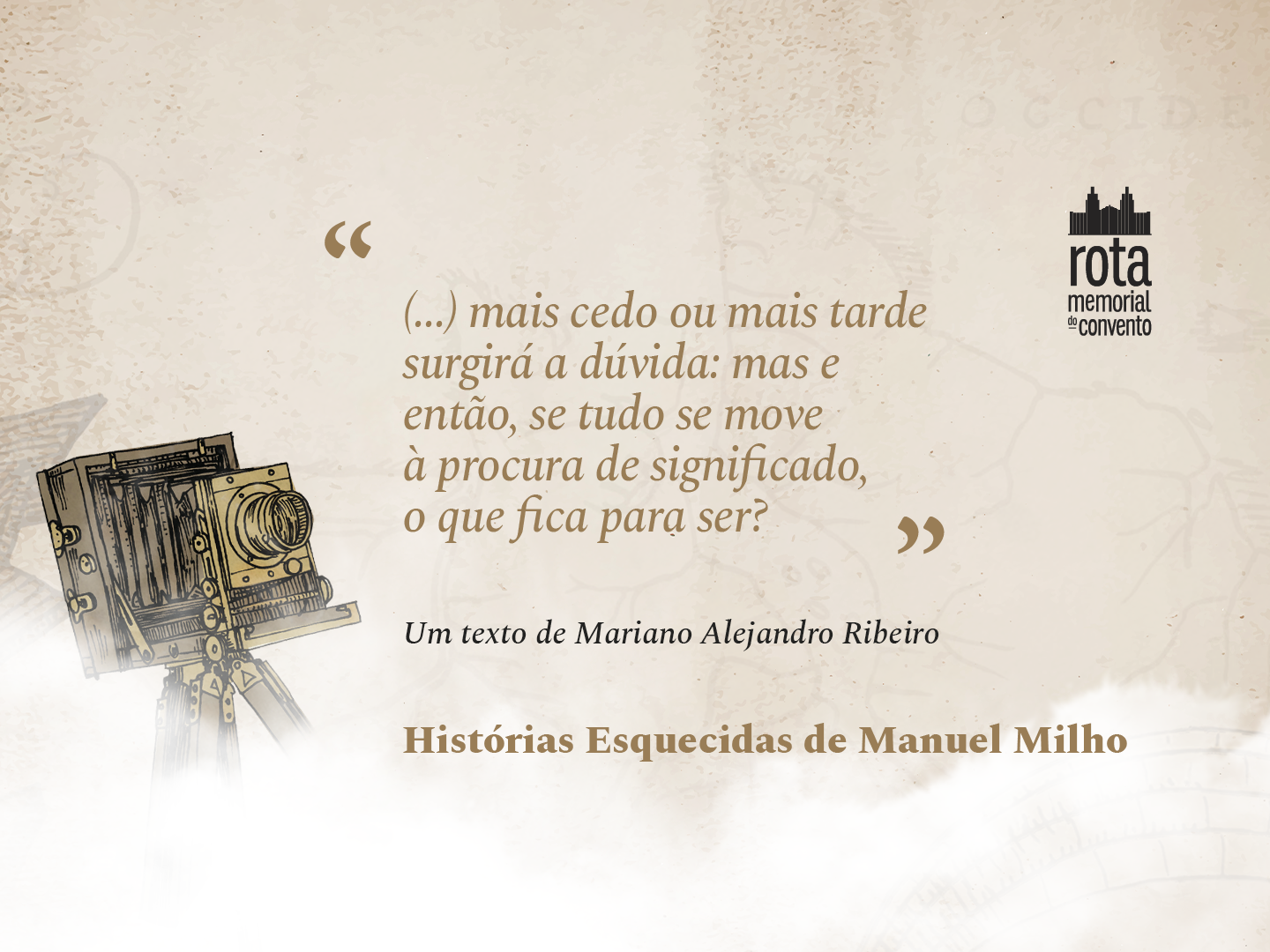 The rocks will be other | Mariano Alejandro Ribeiro

— But those who carry them will always the same! — He pounded and did not let anyone talk. If the holy office saw him, thus perched, hard finger pointing to heaven and saying the things he said, they would not have doubts on what to do with him. He carried on: — And the other convents, with other thinner or larger deities, and other prophets and different martyrdoms, certainly with other gods, but with the same hysterical devotions!

They were many and they were in the middle of a very empty place and quite alike those of desert stories. He noticed the tired bodies of the men with whom he travelled. These bodies didn’t know how to listen.

— If being a person holds a certain meaning, and we move in this life searching for that meaning (like those rosy fishe that climb stupid torrents of water which stubbornly flow one direction only); if only in that way we are able to find our sense, sooner or later the doubt will emerge: but then, if everything moves searching for a meaning, what does rest to be? He expected some gazing, but none came in his direction. He continued: ‘No simple question, let me repeat it: what is it?’ Of course, the sky will rest and also a few stars will, which are what they are, those trees that we were not able to throw down will, the cut-out shapes of the mountains and cliffs will, but from us, people, what will remain? Who is the one who can be something, not in the movement, but precisely in his tendency to immutability? Who is the one who is still, and yet already everything that might become?

He fell silent for a moment; all the others were silent. The tiredness reigned quiet. A flock of birds, very high, flew over the heads of all those condemned. They formed a perfect arrow in the blue vault.