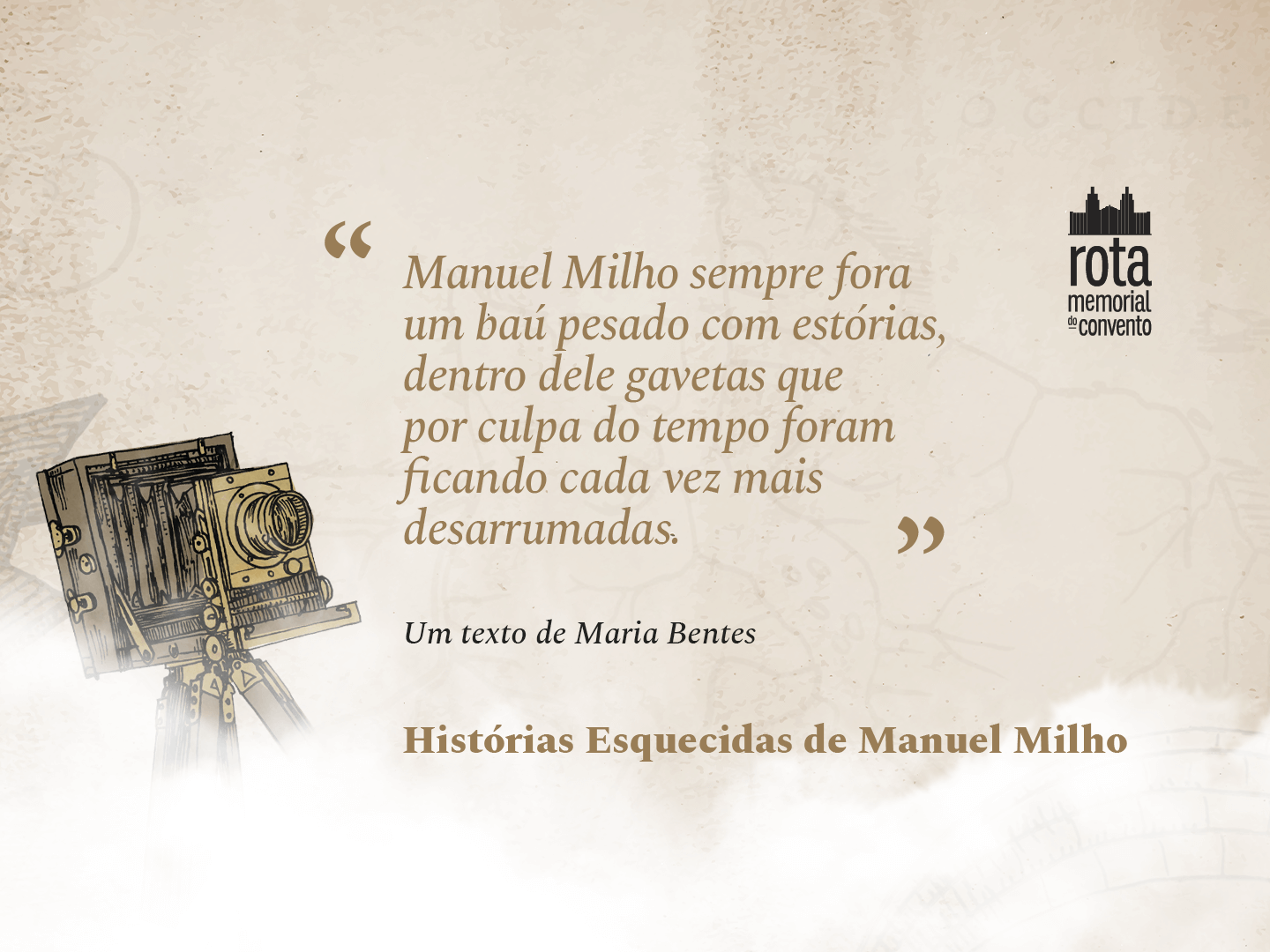 It was once. Just once that I came across him on those forgotten paths that he trod calmly – recalled Manuel Milho one more of his stories while he stared at the girls crossing the wind in the Praça da República. He was a walking well of wisdom, endless crossings on those old man’s back that accompanied him everywhere. The walker I met was a curvy man, with light-sensitive skin and blond hair like the strands of gold he had stolen. The wagons passing through the square, making themselves distinctly heard, distracted Manuel, another pause in the story to start again. He began again. The story I wanted to tell you, before I forget: the walker who crossed my path was a tall, dark man with arabesque features, with coal-black hair and sweaty hands that always clung to the stick as if they were an extension of it. As I always say, “without a destination, the one who seeks walks” and through so many paths he passed, I believe he was looking for something great, greater than him perhaps. The last time we met, I felt his breath of red wine when he approached me to tell me that…

The locksmith passes by, greets him with a distant nod, interrupting him. As I was about to tell you, he was a very tall man, dark, with coal-black hair and sweat-soaked hands.

Manuel Milho had always been a trunk heavy with stories, inside his drawers which, due to time, became more and more untidy.