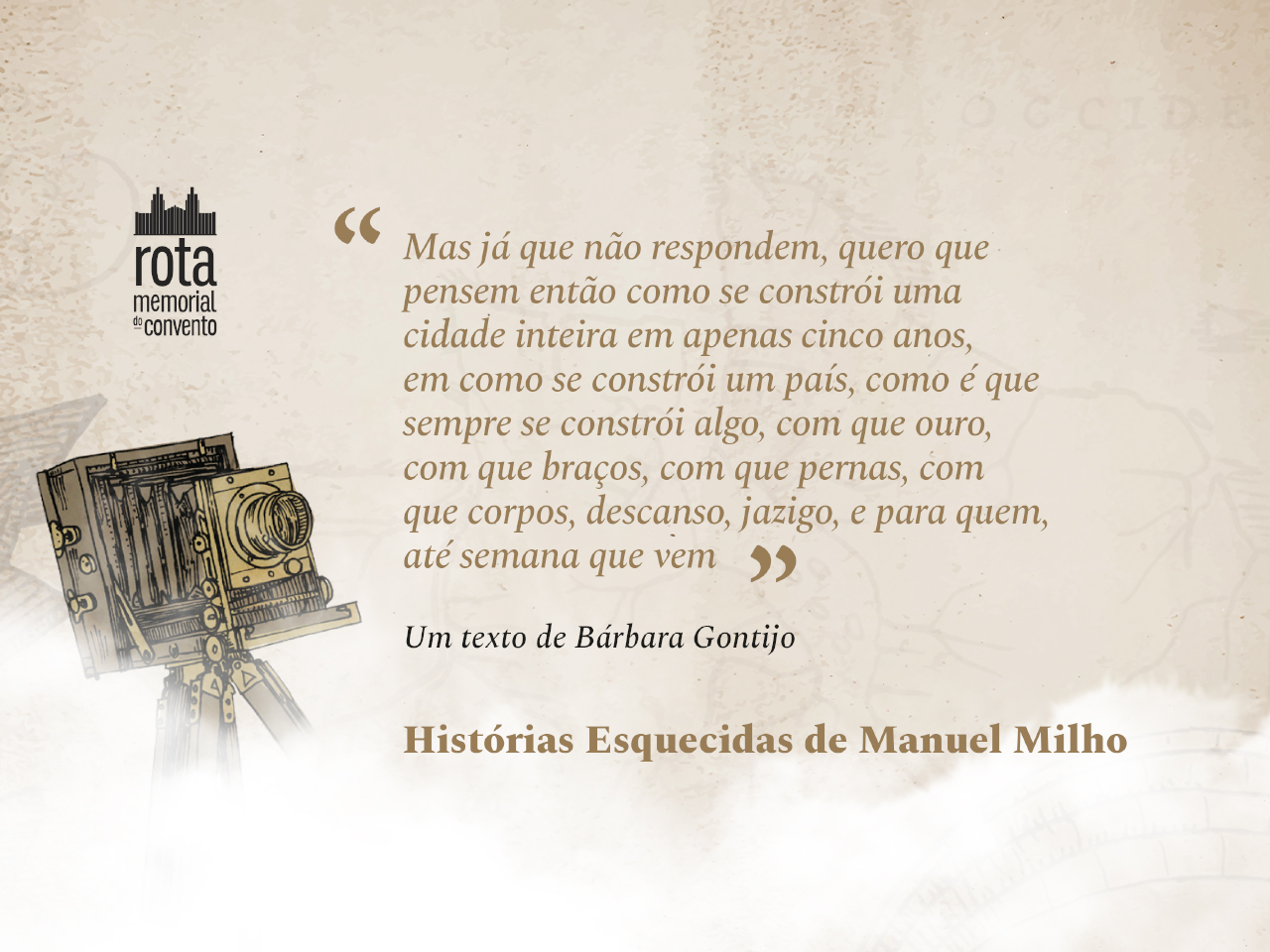 What Manuela thought was that if Saint John Bosco had prophesized also this. If she knew how to read, maybe the printed words on that book could provide some explanation or should her grandmother have talked with the Italian saint in 1970. He would have told her that she would go to the coordinates where the little girl was, taken, this time, for the scare provoked by the news bulletin on family house she works – Bodies, Concrete, Construction, Brasília –, but now those who pass cross her, who cleans everyday National Congress stairways, Good afternoon, Afternoon, answer Raimunda, slowing their pace on her way to the bus stop, since there was time nobody like that, with no blazer nor tie, talked to her, excepting Carcará, and Assum Preto, e now those eyes that look like holes are going to cry, Raimunda knew, but had to run after the bus, that she was almost loosing.  The miss should have some reckoning for the woman who presided the country, but now not anymore, so she cries, that’s what Raimund thought, e agreed with herself.

Each five in fifty years, said the president, and it’s common to say that workers from every corner came down here, with all the hoes, paddles and picks, but candango, What is candango, After being a word to identify Portuguese, was a word to identify people of bad taste. Time after that time, candangos were sugar mill lords – and so far, so good, it seems a sign suitable for the terrible taste practices in which Portuguese and the sugar mill lords were assiduous –,but then this was the name given to the half-breed between indigenous and black people, and most recently, those migrating pioneers, maybe because they were almost all sad, almost all coming from where the strongest of wills was to be something else but being mistreated, someone else that wouldn’t suffer from kidnapping from far, far away, from where almost didn’t rain, where there was almost nothing to eat, where there is not almost any white as white as this who speaks to you.

The ground where one hoped milk and honey would spring from was there, there on those coordinates where Manuela couldn’t get out from, where part of her ancestry was built, his candango grandfather, the one from which, after the building there were no news from. She just suspected that the whole Brazil had been founded in drowned bodies so that churches, convents, sugar mills and buildings would rise on the other side of sea instead, with the gold that went out from here, but also by men and women that only where in Brazil because they survived the ships holds where their brothers and sisters had died, Where do you want to get to, teacher?, If we could se the things from the inside, can you imagine what would be seen by inside of the concrete that composes Brazil’s capital?, as far as I know,  it’s not possible to see silence, not even with the eyes of Blimunda, but that that don’t answer anymore, I want you to think then on how to build an entire city in only five years, on how to build a country, on how to always build something, with which gold, with which arms, with which legs, with which bodies, rest, grave, and for whom, see you next week.