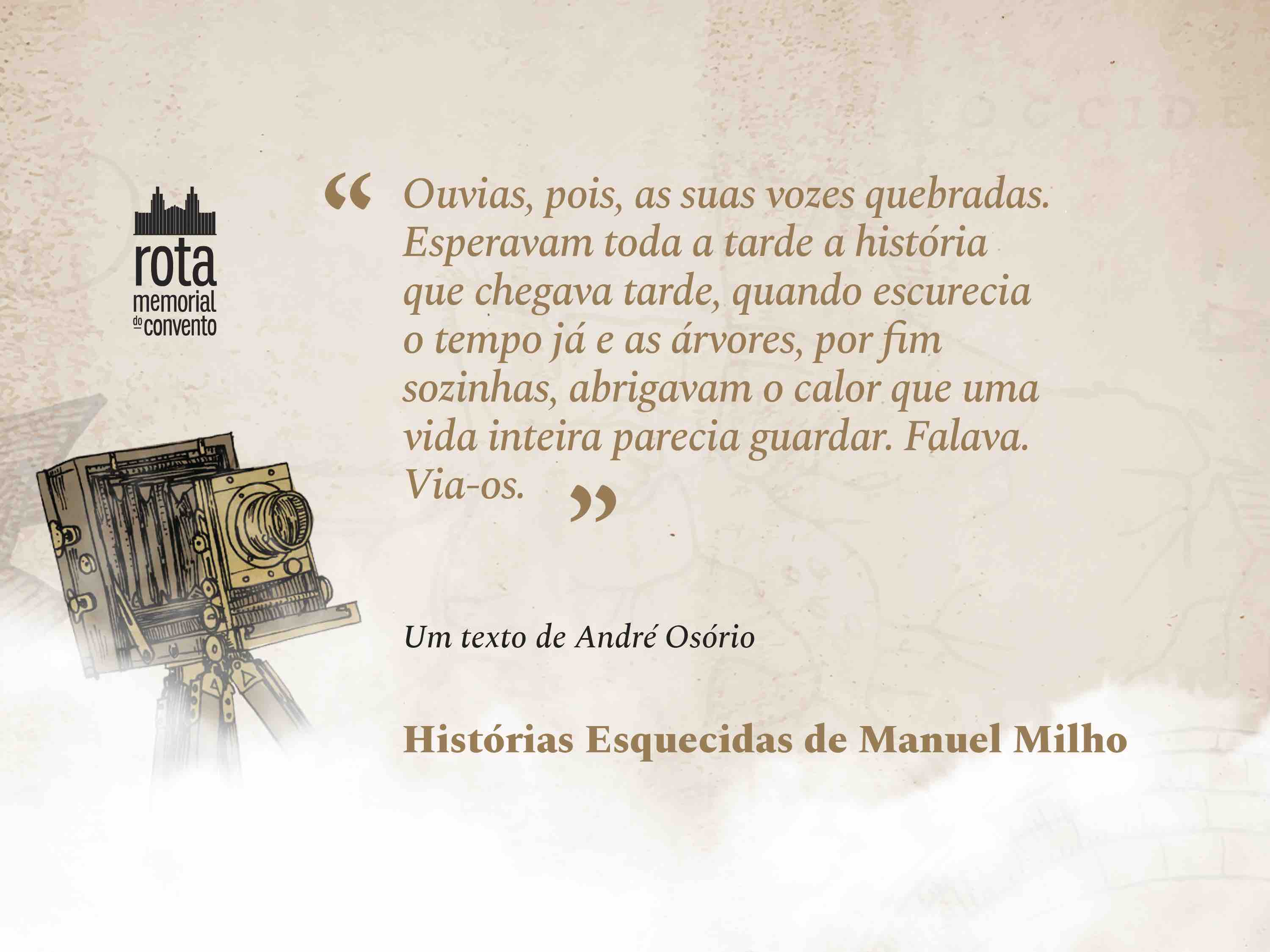 If you weren’t here, if you went on the outer side, would it be you? Their bodies leaned at the question, stretched and understanded themselves in it. After all, we were three: two brothers, two different cribs, one lost in conversation, the other in interruption. They stared at the day, its rotation, its words lost in the sweat of the walls. Hours were cradled in the intermittence of his tired, labouring eyes, his fingers leaning against his hair, listening.

So, you heard their broken voices. They waited all afternoon for the story that came late, when the weather was already getting dark and the trees, at last alone, sheltered the warmth that a lifetime seemed to hold. She spoke. She saw them. Weaving the bread and water against sleep, one for the other, one leaning against the other as if asking: “Are we here? It’s us? Do you hear me?” How warm, the solitude of the name, the breeze that reminds us of summers, the fine grass of a woman. Each one had her own body, her voice, her presence. They sat side by side, next to me, looking at me. The fire was still burning. She listened to us, sitting, as her older sister listened, worried. Lately, she was discovering the loves of her youth, a skinny boy who lived on the street next door, this same block, would tell her stories, she would stop in front of his house, at lunchtime, after school, and he would tell her, sitting by the fence, with two hands slightly away from the body, lo and behold, stories.

She was talking about three people, but it wasn’t us. She stopped, prepared the day to stop at those hours, those words, that body. He listened to her attentive gaze, invited a place by her side. They watched the road, its darkness, the small pebbles that stumbled towards the side, given the agitation of the day. She told him about her life: how she studied and wanted to be a chemist, how she tried to leave her parents’ house, Catholics, and start a family, someone to talk to and listen to, how she had got there, and to do, guided by the passion of not from another, but this life. They got married, one day, distracted.

He slept, she slept. Just it. But a great and dark beauty lingered there, in that room, that night. I spoke, the night was rising; tomorrow I’ll tell you the rest.