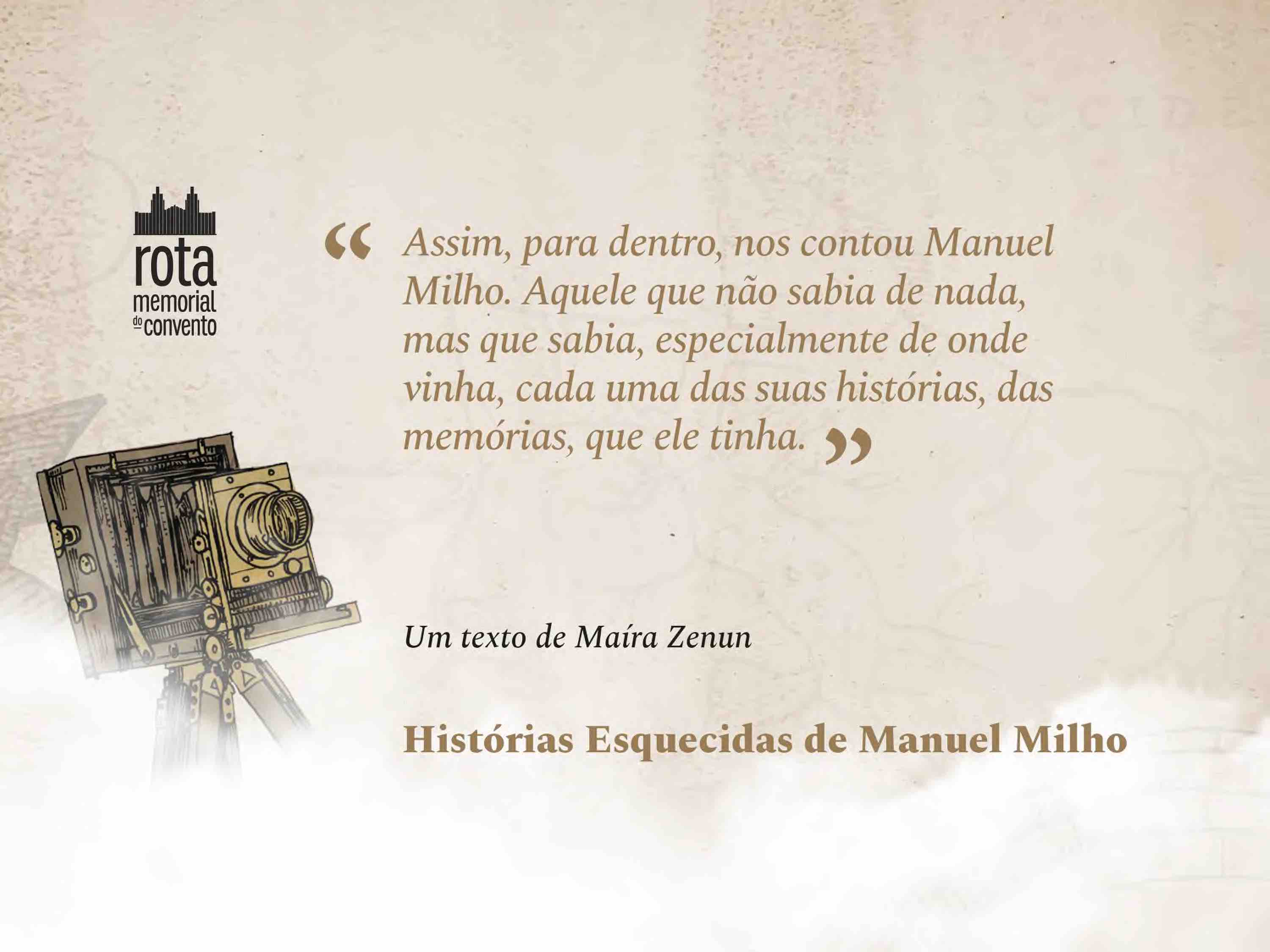 Memories from the river
Maíra Zenun

It was late in the night already, no one could hold it anymore. They fell asleep. In a sudden, José Pequeno and Baltasar were the first to wake up, the Rufino. Because of the noise coming from the river. It seemed like a landslide…or, if one would give it a good look maybe just the water running, once it never sleeps. Though, that night, they shook the riverbed. And they also growled quite a bit, they shouted a lot. Just Manuel Milho didn’t. the one who didn’t woke up, nor made a single move.  He slept like a little boy. Despite all that clatter…worthy of scarying an old spirit. It was only in the next morning, only by dawn, that Manuel Milho was able to face all those curiosities pointing to him, rising over the fact that he told such that odd story, so distracted, of the hermit with the queen, of the man-king that loved what he did. It was only the next day he told us that, when I was a child, used to listen a lot, I listened to everything. I listened to every wind and story…I listened. There was always, I recall, the one of that lady – beautiful, black, illuminated – that prostrated herself nearby our doorstep, to whisper some secrets…to suffocate her memories. Like someone that never rests, that never stops… She whirled, sang along…some whispers I never heard. Nor knew from anywhere. Yet, I found them beautiful…so beautiful that I saved them inside. All of a sudden…holus-bolus, out of the blue, she said… she always kept repeating to me…about the scent her life had, before everything, even before they opened that old road, connecting so many paths. She said, riverside dating and orange blossom perfume, boy, are a kind of a memory that we never forget, ever, in this life. It’s a thing we know that never, never will be gone from ourselves, that never will escape from our inside, never in our lives. It fills every empty of our soul. In a kind of border that is. And I not. Stil yet…almost nothing, she said. When I was a child there was always that lady, our neighbor – beautiful, black, illuminated… a queen. Daughter of that family that came from down there in Faro. But that before, yet, they were coming from some northern moor land. From there where the rivers are wide, are intense…endless. There from where the rivers never come back, especially the beautiful ones…never coming back, nevermore. Behind nothing in life. And she always repeated me that same memory…always told me, always… about the scent the flower had It was because of that, then, that I became like this, distant. Like this, inwards, told us Manuel Milho. The one who knew nothing, but that knew, especially, from it came from each one of his stories, of the memories he had.