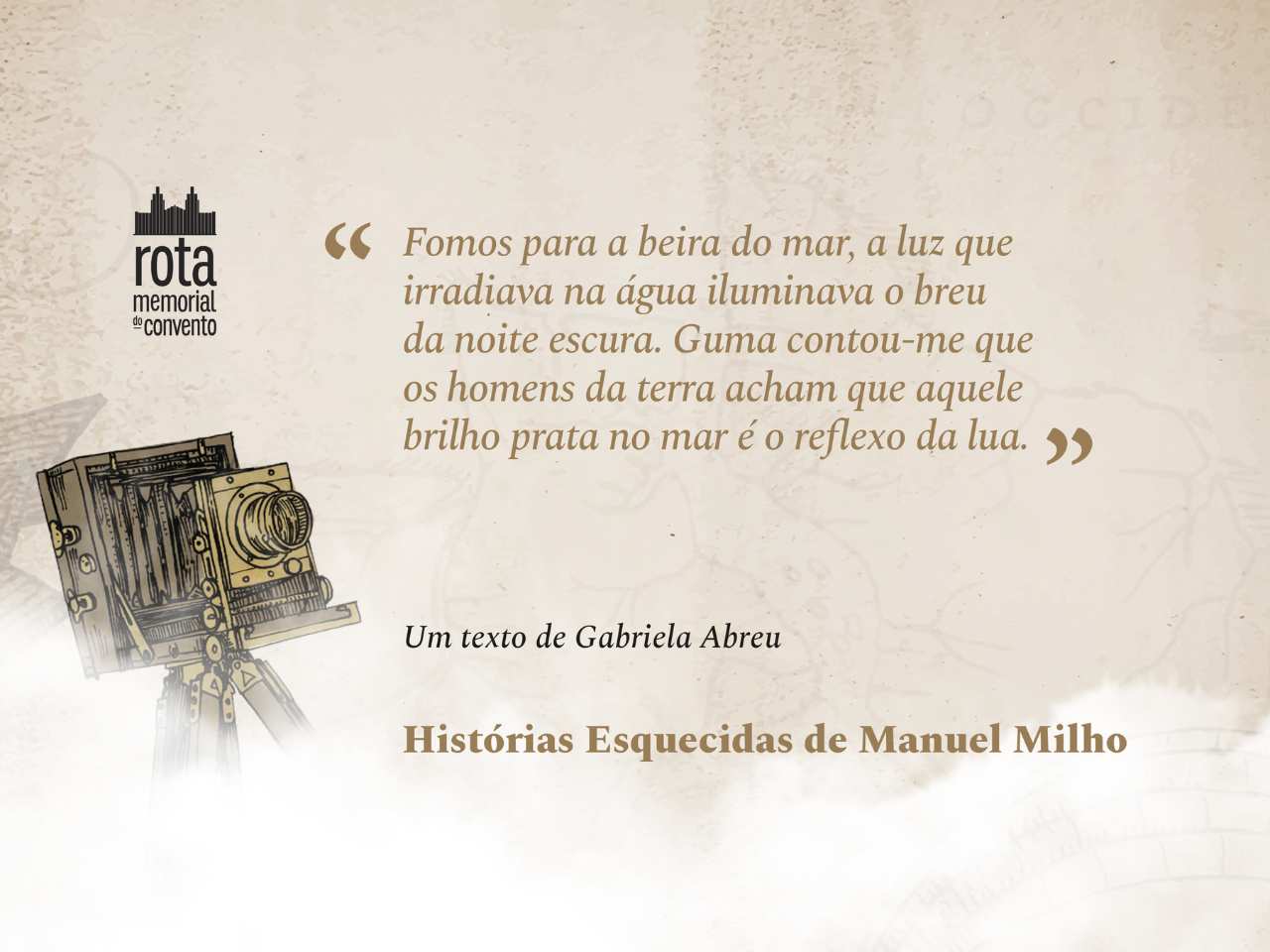 I am Manuel, a man of the land. I saw a convent to be built from the wealth of other lands. The gold emoved from Brazil and sent to Portugal morphed into an extravagant monument, the result of a whim of a less than brilliant monarch. Those who live with megalomaniacal ideas and little talent must count on the luck of being born a king.
A storyteller like me never dies. Who once was a daring sailor¹, neither. I crossed the centuries because some encounters are inevitable.
That’s how I met her.
I docked on the coast of Bahia on February 2nd. If it had went on a Passrola, perhaps fate would not have been fulfilled – but, I threw myself into the sea, I broke the ocean. The sea is the world, it is more than half of it, an eternal crossing.
It is on a rock on the Dique do Cais da Bahia that she lives. In the old days, her house was on the coast of Africa, but she came to see the waters of the Paraguaçu River and stayed here. On that rock is where she combs her hair, hears her children’s prayers and guides the tides. She loves to see the full moon on cloudless nights and she sings – but she only sings beautiful songs².
The women on the pier dance for her and present her with perfume, a comb, a mirror and soap. The blacks, her favorite children, beat drums and sing for her, with devotion. Sailors, fishermen, men of the sea, those, more than all, fear and love her.
Around here, nobody has one, single name, everyone in Bahia has a family name, a cut in the name with a piece of history. With her, it’s no different: some know her as Dona Janaína, others as Princess of Aiocá, they also call her Inaê and Dona Maria, but her best known name is Iemanjá.
It was a full moon night, not a cloud in the sky. While I was walking with Guma along the pier, I met Rosa Palmeirão, with her razor in her skirt and dagger in her chest, we toasted with a rooster’s tail at Farol das Estrelas. Old Francisco told me that there are no better storytellers than those who are on the edge of the wharf in Bahia – the children of Iemanjá have many memories to share.

¹ “Memories by the Sea”, Jorge Portugal and Vevé Calazans.
² “Iemanjá Queen of the Sea”, Pedro Amorim and Paulo César Pinheiro
³ This tale is born from the interweaving of the books “Memorial do Convento”, by José Saramago and “Mar Morto”, by Jorge Amado.